May 4, 2022 Bible Questions, General No Comments

Kicking the Can Down the Road 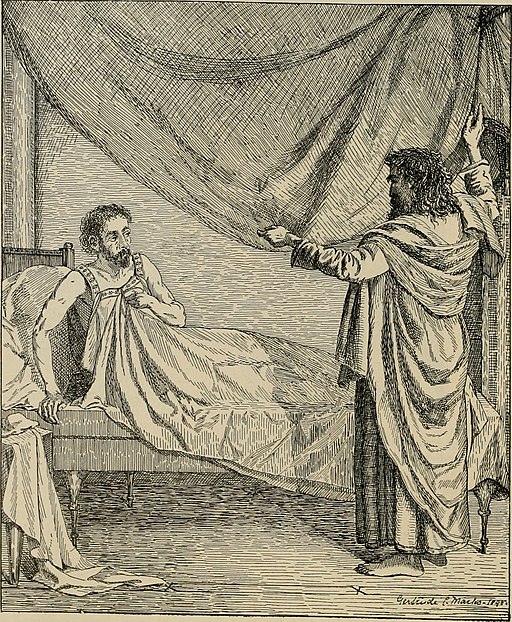 I’ve always had a bit of a problem with this verse.  Does anyone else see what I see in it?

Well, maybe you don’t see the problem until I put it in context.

Let’s put it in context.  Isaiah had just received some visitors from Babylon.  He showed them all the temple treasures.  The visitors were probably thinking, thank you very much, we’ll be back to get those.

Isaiah 39:1   At that time, Merodach Baladan the son of Baladan, king of Babylon, sent letters and a present to Hezekiah; for he heard that he had been sick, and had recovered. 2 Hezekiah was pleased with them, and showed them the house of his precious things, the silver, the gold, the spices, and the precious oil, and all the house of his armor, and all that was found in his treasures. There was nothing in his house, nor in all his dominion, that Hezekiah didn’t show them. 3 Then Isaiah the prophet came to king Hezekiah, and asked him, “What did these men say? From where did they come to you?”

Hezekiah said, “They have come from a country far from me, even from Babylon.”

4 Then he asked, “What have they seen in your house?”

Hezekiah answered, “They have seen all that is in my house. There is nothing among my treasures that I have not shown them.”

5 Then Isaiah said to Hezekiah, “Hear the word of Yahweh of Armies: 6 ‘Behold, the days are coming when all that is in your house, and that which your fathers have stored up until today, will be carried to Babylon. Nothing will be left,’ says Yahweh. 7 ‘They will take away your sons who will issue from you, whom you shall father, and they will be eunuchs in the king of Babylon’s palace.’”

8 Then Hezekiah said to Isaiah, “Yahweh’s word which you have spoken is good.” He said moreover, “For there will be peace and truth in my days.”

In that context, let’s reflect on this verse.

Isaiah, the prophet, just told Hezekiah that the Lord said that as a result of Hezekiah showing all the treasures to the visitors from Babylon, that one day the Babylonians would take those treasures from Jerusalem, to Babylon, which did happen.  Also, Hezekiah’s sons would be enslaved and made eunuchs.

The book of Daniel was written by Daniel, who was taken into captivity at the time that Babylon conquered Jerusalem.  At that time, the people of the tribe of Judah, which also included those of the tribe of Benjamin, were taken to Babylon.  Only a remnant of the people were left in land and not removed to Babylon.

3 The king spoke to Ashpenaz the master of his eunuchs, that he should bring in some of the children of Israel, even of the royal offspring and of the nobles; 4 youths in whom was no defect, but well-favored, and skillful in all wisdom, and endowed with knowledge, and understanding science, and who had the ability to stand in the king’s palace; and that he should teach them the learning and the language of the Chaldeans. 5 The king appointed for them a daily portion of the king’s dainties, and of the wine which he drank, and that they should be nourished three years; that at its end they should stand before the king.

Having established the history and story line, here is the verse again.

In other words, Hezekiah really didn’t care about what was going to happen to Jerusalem or to his posterity…to his sons, to his grandsons and beyond.  There was going to be peace and truth in his day.  That was enough for Hezekiah.

In political terms, it is called “kicking the can down the road”.  People know they are creating problems that they are leaving to their children and grandchildren, but they don’t care.  They just hope they die soon enough that they don’t have to experience the consequences of what they created either through active engagement or through slothfulness and laziness and complacency.

Where this attitude exists, there needs to be a course correction.

John 15:13  Greater love hath no man than this, that a man lay down his life for his friends.

I have to add this as there is a definite attempt on the part of certain schools of thought to try to say that the book of Daniel was written after the fact.  However, Jesus referred to the book of Daniel, so it is trustworthy.

Mark 13:14 (KJV) But when ye shall see the abomination of desolation, spoken of by Daniel the prophet, standing where it ought not, (let him that readeth understand,) then let them that be in Judaea flee to the mountains:

Mark 13:14 But when you see the abomination of desolation, spoken of by Daniel the prophet, standing where it ought not (let the reader understand), then let those who are in Judea flee to the mountains,

Mark 13:14 ‘And when ye may see the abomination of the desolation, that was spoken of by Daniel the prophet, standing where it ought not, (whoever is reading let him understand), then those in Judea, let them flee to the mountains;

There are those who might say, what is this about, why does it matter?  The reason it matters is because the book of Daniel has been very accurate historically, so there are people who want to say it was written “after the fact” rather than that a prophet of God heard the Lord.  Atheists want to diss (dismiss) prophecies.  If they accept them, the mathematical odds against atheism and the views of atheism are overwhelming.  So they have to pretend that facts don’t exist in order to push atheistic lies and agendas on society.  (This is why apologetics matter.  Apologetics deal in facts.)  Certain groups, including the CIA and warmongers, would like to tilt the prophecies a certain direction in order to take society a certain direction, and they try to convince certain segments of Christiandom to back them.  When you understand the game, you understand how not to play it.  Some day you’ll get it.