Does God Send People to Hell? 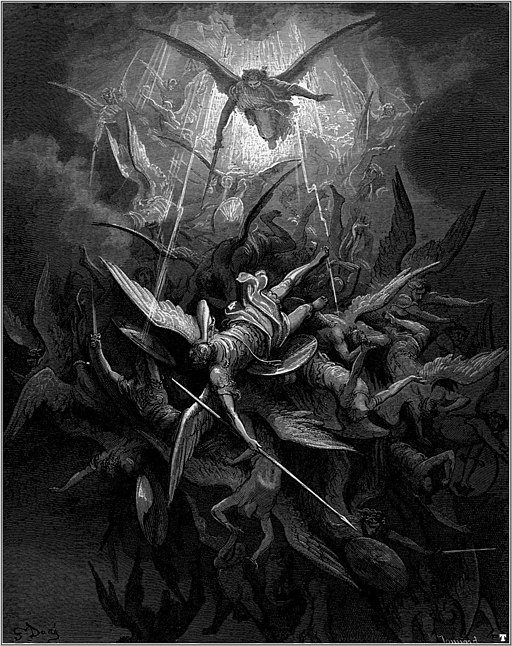 To answer that question, you have to go back through a brief history of the world, and look at the question within that historic framework. It becomes much easier to understand the question and the answer.

Prior to the history of this earth, Lucifer, a high-ranking angel in heaven, rose up against God in heaven to try to take the throne of God. Lucifer was thrown out of heaven as well as 1/3 of the angels who followed him. Thrown to the earth, Lucifer, whose name meant light-bearer, having lost the glory of the light given to him, began being known by a new name of satan or the serpent.

Luke 10:18 And he said unto them, I beheld Satan as lightning fall from heaven.

8 And prevailed not; neither was their place found any more in heaven.

9 And the great dragon was cast out, that old serpent, called the Devil, and Satan, which deceiveth the whole world: he was cast out into the earth, and his angels were cast out with him.

There was a newly minted man and woman on the earth, created by God, and given authority by the Lord God over the earth.   Satan came to them and tried to enlist them in satan’s ongoing rebellion against God and also to steal their authority given by God.   The serpent tempted them, “hath God said….” and by listening to that deception they disobeyed a commandment God had given them.

With that, what is called the Fall of mankind happened.

With that, they lost their relationship with God. Sin, sickness, and death entered the world. And every person since then has been born with what is called original sin.

Mankind did not evolve from the slime.  Mankind fell from his relationship with God.

The only way out of that state is repentance, turning to the Lord Jesus Christ, and being born again by the spirit of God.

So how did Jesus become part of the process?

There is confusion about Jesus. Was he a teacher? a prophet?

Yes, he is all that, but more than that.  He is the Saviour of mankind.

Until Jesus, God had set up a system of temporarily dealing with the problem of sin.   This is described in the Old Testament through the setting up of the tabernacle and sacrifices.   Jesus came as the final solution, the final Sacrifice, the Lamb slain before the foundation of the world.

You can see from the above history, that the default state of every person is to be born into a fallen state, born into sin, born into the historic consequences of the fall.

God did not originally intend this.  Mankind chose this.

When God created man he gave man the gift of free will.  Otherwise, man would be a puppet.

So when the original ancestors fell, that was passed on to mankind.  Jesus is the way out.

Why didn’t God call “time out” and start over?  God can’t break his own laws.

Psalm 115:16 The heaven, even the heavens, are the Lord’s: but the earth hath he given to the children of men.

God gave earth to mankind.  The problem of sin was now a problem of earth, and had to be solved on earth.  Call it a matter of jurisdiction.  Crimes are tried where they occur.  The crime happened on earth and had to be tried here.  Out of love and mercy for mankind, Jesus willingly became the victim for the crime committed at the Fall, and for the sin of every man, woman, and child after that.  Jesus, God, the Son of God, willingly took the place of man to be tried for mankind for the Fall.

John 3:16 For God so loved the world, that he gave his only begotten Son, that whosoever believeth in him should not perish, but have everlasting life.

17 For God sent not his Son into the world to condemn the world; but that the world through him might be saved.

We have no way out without Jesus.

The default situation of every person born on this earth is being headed to hell since we are born in trespasses and sins. Jesus made the way of escape.

John 14:6 Jesus saith unto him, I am the way, the truth, and the life: no man cometh unto the Father, but by me.

Going back to the initial question, it is Jesus who offers a way of escape from hell.

So if someone heads to hell, it is because they did not receive or refused the gift that Jesus offers.

Because of the Fall of mankind and the entrance of sin into the human race,  because every person is born in trespasses and sin, without Jesus Christ, the default destination for mankind is hell.

Jesus offers the way of escape.

Why Did God Send Jesus? 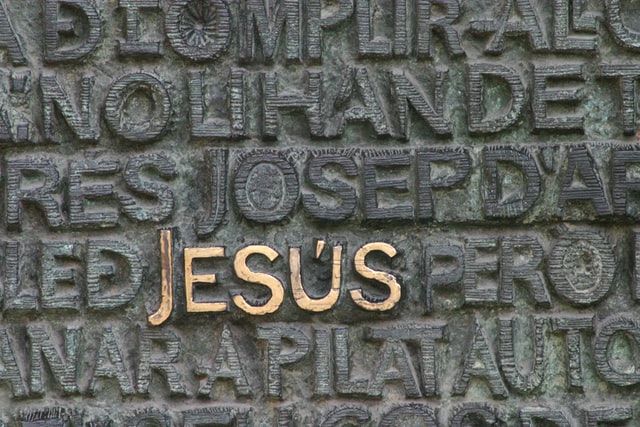 Why did God send Jesus?

To put it into today’s terminology…it was a matter of jurisprudence.

One of the definitions of jurisprudence is a “particular body of law”.  What law?  The law of God.

Think of the phrase…if you do the crime…you do the time…or pay the fine.

If you get a speeding ticket in Kentucky, you don’t show up in a traffic court  in Montana to pay it.

God created the world.   He created Adam.  He gave the earth to Adam to rule.  He gave Adam freedom with one qualifying rule…do not eat of the tree of the knowledge of good and evil.

As satan, the serpent, previously thrown out of heaven,  tempted Eve, Adam’s wife, to disobey and she passed the temptation to Adam.  They both sinned.  They lost their position with God.  They were cast out of the garden.

How could God solve this problem?  There is a scripture that says that the heavens are the Lord’s, but the earth He has given to the children of men.

So going back to the idea of jurisdiction, this problem occurred on the earth.  It did not occur in heaven.  God could not solve it from heaven.  He had given the earth to man.  He did not say “time out”, let me fix this and start all over.  God didn’t go back on his word and take the earth back.

God needed a solution to solve a problem created on the earth.  The only solution was to come to the earth himself, in the form of Jesus Christ,  to undo the legal damage that had been done, and make a way back for Adam and Eve legally.

When people ask questions along the lines of why is there suffering and why do people suffer, it comes down to two things.

It is not only important to know what Jesus did, but obey the Word of God and Spirit of God to experience the benefits.  Faith without works is dead.

Many questions arise from an unspoken expectation that God will do things that He has given us to do.

This is why it is important to learn our part and God’s part.

While God has made provision for mankind, it is individually by faith, patience, and obedience that each individual may experience that…the Lord working with them.