learn to ride a bike

The Leap to Experience 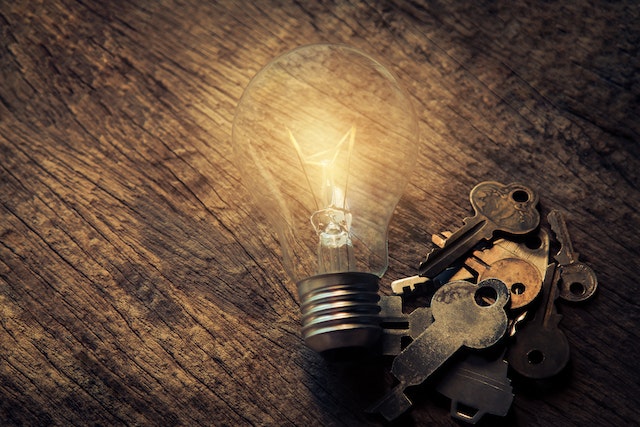 How can you have faith in a God you cannot see?  How can you experience God?

How does a child learn to ride a bike?  A parent may hold the child on the bike for a little while he or she is learning, the parent might catch the child if he or she begins to fall, the parent might tell the child to sit up straight and try to give some hints, but the child has to “catch” the experience himself or herself and learn to balance and pedal at the same time.

A teacher can try to organize the material, give some examples, but the student has to have the “light bulb” moment when the knowledge catches on.

And so it is with God and faith.  Apologetics and those who work in that discipline can give you the historical facts.  Archeologists can confirm Biblical history.

Like the various aids and hints on riding a bike, the scriptures, the testimonies, the law helps guide a person to the reality of Jesus Christ.

Galatians 3:23 But before faith came, we were kept under the law, shut up unto the faith which should afterwards be revealed.

24 Wherefore the law was our schoolmaster to bring us unto Christ, that we might be justified by faith.

Isaiah 9:2 The people that walked in darkness have seen a great light: they that dwell in the land of the shadow of death, upon them hath the light shined.

Matthew 4:16 The people which sat in darkness saw great light; and to them which sat in the region and shadow of death light is sprung up.

2 The same was in the beginning with God.

3 All things were made by him; and without him was not any thing made that was made.

4 In him was life; and the life was the light of men.

5 And the light shineth in darkness; and the darkness comprehended it not.

6 There was a man sent from God, whose name was John.

7 The same came for a witness, to bear witness of the Light, that all men through him might believe.

8 He was not that Light, but was sent to bear witness of that Light.

9 That was the true Light, which lighteth every man that cometh into the world.

11 He came unto his own, and his own received him not.

12 But as many as received him, to them gave he power to become the sons of God, even to them that believe on his name:

14 And the Word was made flesh, and dwelt among us, (and we beheld his glory, the glory as of the only begotten of the Father,) full of grace and truth.

15 John bare witness of him, and cried, saying, This was he of whom I spake, He that cometh after me is preferred before me: for he was before me.

16 And of his fulness have all we received, and grace for grace.

17 For the law was given by Moses, but grace and truth came by Jesus Christ.

18 No man hath seen God at any time, the only begotten Son, which is in the bosom of the Father, he hath declared him.

19 And this is the record of John, when the Jews sent priests and Levites from Jerusalem to ask him, Who art thou?

20 And he confessed, and denied not; but confessed, I am not the Christ.

21 And they asked him, What then? Art thou Elias? And he saith, I am not. Art thou that prophet? And he answered, No.

22 Then said they unto him, Who art thou? that we may give an answer to them that sent us. What sayest thou of thyself?

23 He said, I am the voice of one crying in the wilderness, Make straight the way of the Lord, as said the prophet Esaias.

24 And they which were sent were of the Pharisees.

25 And they asked him, and said unto him, Why baptizest thou then, if thou be not that Christ, nor Elias, neither that prophet?

26 John answered them, saying, I baptize with water: but there standeth one among you, whom ye know not;

27 He it is, who coming after me is preferred before me, whose shoe’s latchet I am not worthy to unloose.

28 These things were done in Bethabara beyond Jordan, where John was baptizing.

29 The next day John seeth Jesus coming unto him, and saith, Behold the Lamb of God, which taketh away the sin of the world.

30 This is he of whom I said, After me cometh a man which is preferred before me: for he was before me.

31 And I knew him not: but that he should be made manifest to Israel, therefore am I come baptizing with water.

32 And John bare record, saying, I saw the Spirit descending from heaven like a dove, and it abode upon him.

33 And I knew him not: but he that sent me to baptize with water, the same said unto me, Upon whom thou shalt see the Spirit descending, and remaining on him, the same is he which baptizeth with the Holy Ghost.

34 And I saw, and bare record that this is the Son of God.