Now What? Stepping Up Awareness 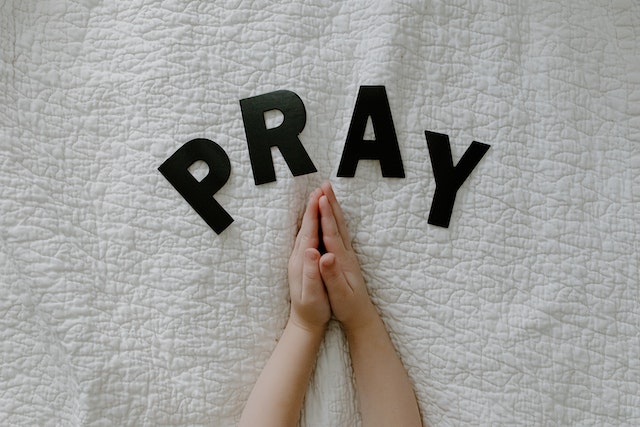 With the stepping down of Fauci, Anthony Fauci, it is becoming evident that what early whistleblower doctors and scientists stated was correct.  Fauci lied.

Without going into details, there are other negative events that are degrading society.  The question is, what to do?

In reality, the solution is as it has always been.

Matthew 6:33  But seek ye first the kingdom of God, and his righteousness; and all these things shall be added unto you.

It is evident we are entering into this time.

II Timothy 3:13 But evil men and seducers shall wax worse and worse, deceiving, and being deceived.

The moral fabric of western society that used to be relied upon, is no more.  Until that is remedied, what next?

The following thoughts are nothing new.  It is just that they take on a new importance and significance.

It is more important than ever for people to have an active relationship with God, to pay attention to God, to follow the warnings of God, and to obey God, in order to navigate everyday modern life.

This is an evil generation and there is a potential for hurt if someone is not at the right place at the right time.

And even if someone is at the right place, at the right time, doing the right thing, the forces of evil are such that they may go after someone anyway as a type of “human shield” to cover their own misdeeds.

Many things are important.

It used to be that because there was a greater moral fabric of society,  people could “slide” a bit, backslide, not pay as much attention, and not be hit as hard as today.

It is imperative to check the charts so to speak, spend prayer time with the Lord,  wait for and follow His directives.  Do not go somewhere if you are not supposed to go and wait for the proper timing to go.

Again, these types of spiritual precautions, patterns, and habits are things we should already be aware of and doing.  But it seems that the sensitivity and awareness of what God is saying about all situations needs to go to a new level.

Romans 8:14 For as many as are led by the Spirit of God, they are the sons of God.

The Challenge of Taking Dominion

Genesis 1:26 (ISV)  Then God said, “Let us make mankind in our image, to be like us. Let them be masters over the fish in the ocean, the birds that fly, the livestock, everything that crawls on the earth, and over the earth itself!”

Psalm 115:16  The heaven, even the heavens, are the Lord’s: but the earth hath he given to the children of men.

Luke 10:19  Behold, I give you authority to tread on serpents and scorpions, and over all the power of the enemy. Nothing will in any way hurt you.

Matthew 28:18 Jesus came to them and spoke to them, saying, “All authority has been given to me in heaven and on earth. 19 Go and make disciples of all nations, baptizing them in the name of the Father and of the Son and of the Holy Spirit, 20 teaching them to observe all things that I commanded you. Behold, I am with you always, even to the end of the age.” Amen.

28 When Jesus had finished saying these things, the multitudes were astonished at his teaching, 29 for he taught them with authority, and not like the scribes.

God has never reneged on this.

The challenge to rise to what the Lord God wants.

The earth belongs to mankind.  God will not swoop in and do man’s job.

If there is a problem in the earth, it is because man individually or collectively permits it.  It is particularly up to believers to use the authority of the name of Jesus and the Word of God.   God will work with believers in accordance with His Word.  Believers have a part to play.    Everyone is a part of God’s creation, but to be born again, to be a believer in Jesus Christ, is a personal choice.

Does God have favorites?

Acts 10:34 Peter opened his mouth and said, “Truly I perceive that God doesn’t show favoritism; 35 but in every nation he who fears him and works righteousness is acceptable to him.

Revelation 22:12  “Behold, I come quickly. My reward is with me, to repay to each man according to his work.

A distinction must be made between the initial born again experience, which is by faith, through grace, and then serving the Lord after being born again.

Ephesians 2:8  for by grace you have been saved through faith, and that not of yourselves; it is the gift of God,

Paul, who originally was known as Saul and who was persecuting Christians until he was converted, clearly understood that there was something beyond being born again.

The Conversion of Saul

This same Paul, who wrote a good deal of the New Testament, wrote this.

Philippians 3:7   However, I consider those things that were gain to me as a loss for Christ. 8 Yes most certainly, and I count all things to be a loss for the excellency of the knowledge of Christ Jesus, my Lord, for whom I suffered the loss of all things, and count them nothing but refuse, that I may gain Christ 9 and be found in him, not having a righteousness of my own, that which is of the law, but that which is through faith in Christ, the righteousness which is from God by faith, 10 that I may know him, and the power of his resurrection, and the fellowship of his sufferings, becoming conformed to his death, 11 if by any means I may attain to the resurrection from the dead. 12 Not that I have already obtained, or am already made perfect; but I press on, that I may take hold of that for which also I was taken hold of by Christ Jesus.

13 Brothers, I don’t regard myself as yet having taken hold, but one thing I do: forgetting the things which are behind, and stretching forward to the things which are before, 14 I press on toward the goal for the prize of the high calling of God in Christ Jesus. 15 Let us therefore, as many as are perfect, think this way. If in anything you think otherwise, God will also reveal that to you. 16 Nevertheless, to the extent that we have already attained, let’s walk by the same rule. Let’s be of the same mind.

17 Brothers, be imitators together of me, and note those who walk this way, even as you have us for an example.