The Sovereignty of God 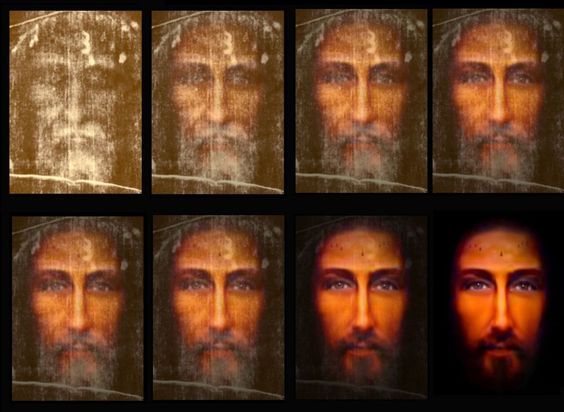 I’ll give you my conclusion, but you can draw your own.   These are some of my thoughts on the topic.

I recently had cause to briefly get into a discussion about the sovereignty of God.

This is actually a topic I’ve given some thought to in the past.  Anyone who has to write or speak, a talk show host, or anyone who does not use a teleprompter from which to read a prewritten script, actually has to research, consider, and think about topics before writing and speaking.

There seem to be two general trends of thoughts regarding the sovereignty of God.   One is that God will do “whatever” “regardless” of what man does.  The other is that mankind, particularly believers, are involved in outcomes.

Full disclosure:  I am of the latter opinion.

So what do I mean?

Let’s say you are sovereign over me and that you have given me a task to accomplish.

You ask me to bake a cake.  You provide me the ingredients, the flour, the oil, the water, the eggs, the leavening, the flavorings, the pan, the oven, everything I need to bake the cake.

So you, the sovereign, still need the cake.  You may go to a bakery down the street.  You may order a cake from a specialized bakery.  You have other options than me to get the cake.  You will get your cake somehow.

We see in the book of Jonah that the Lord God, the Sovereign, wanted something of Ninevah.  He sent Jonah to Ninevah to deliver the message.  Jonah resisted for a while.  After ending up in the sea, in the belly of a whale, he decided to obey.  He delivered the message to Ninevah.  Ninevah repented, changed, and the city endured for another (estimated)150 years or so.  What if Jonah hadn’t gone?  What if Ninevah hadn’t changed?  Well, we know the answer to that already from scripture.  God had already said they would have been destroyed within 40 days.   If you haven’t read the book of Jonah it is a small four chapter book at the end of the Old Testament.  I recommend you read it yourself.

In trying to understand the thinking behind certain philosophies it occurs to me that when people read the statement of Jesus, “It is finished”, that maybe they think there is nothing left to do.  Maybe they think that it’s a slam dunk until the end.  We sit back.  Jesus does it all.  It is finished.

I personally believe that is a wrong interpretation of that verse.  Jesus did do it all in the sense that Jesus defeated satan at the cross.  Jesus purchased back, by virtue of His crucifixion, shed Blood, paying the price of justice for mankind’s fall through Jesus’s death, burial, and resurrection, Jesus bought back the right for man to again have a relationship with God, as each individual believes and receives and confesses that finished work. Then Jesus gave the authority of His Name, His Blood to believers.  Believers receive the indwelling Holy Spirit.  They become ambassadors for Christ.

Believers now have a job to do.

If “it is finished” is a slam dunk,  if nobody has anything left to do, then why does God leave believers on the earth?

Paul, the Apostle, who wrote 28 percent of the New Testament, or 13 or 14 books, depending on  which church tradition history is followed (the book of Hebrews is the one in question), wrote the statement below.  And this is only one of many statements that indicate that the Apostle Paul was a very focused, determined individual.

Philippians 3:11 If by any means I might attain unto the resurrection of the dead.

If the Apostle Paul thought that the statement by Jesus, “It is finished.”, meant that Paul had to nothing, then why did Paul make the above statement and other statements indicating that Paul was pressing forward in his life?

When it comes to the Sovereignty of God, God gave us the Scriptures.  These scriptures were carefully copied generation after generation by scribes.  They are reliable.

God gave mankind directives in Genesis.  He gave us commandments at Mt. Sinai.  He gave us “if…then” clauses throughout the Bible.   The Lord God gives many indications of the will of God, and how scriptures about how mankind should relate to God and to each other as created human beings, men, women, and children (not AI), on earth.  Read the Bible from the beginning book, the book of Genesis to the ending book, Revelation.

To say that the sovereignty of God will bring a certain solution, without the free will of man doing the things that God has asked mankind to do, I think exhibits a bit of laziness or complacency or stubbornness or rebellion.

Yes, ultimately, there will be the Second Coming of Jesus Christ.

But as some parents or grandparents might be familiar with the saying,

There may be some chastening, even severe chastening, from the Lord God on mankind if mankind, in freewill, fights and rebels against the purposes of God and the Holy Spirit.

And actually, I always look at it that God is not sitting up there deciding if He is going to smash someone down.  He simply set laws in place and if mankind, or individuals, don’t follow those laws, they bring the repercussion on themselves.  God doesn’t have to really do anything but rest in the laws he set up, at least that is how I see it.  If you defy the law of gravity by jumping off a cliff, God didn’t hurt you, you hurt yourself.  If mankind, an individual, or nation, is defiant, the price to pay for that defiance has already been set up within the way the universe was created by God.  Again, these are just some thoughts.  You may see it differently, that’s fine, that’s how I read it in scriptures, which are full of “if…then” clauses.

Yes, God is Sovereign.  Yes, God will have the ultimate end He wants.

But I personally believe that getting there is intimately involved with the free will choices of mankind, and all of us individuals, overall.

I personally believe that to say “God is sovereign” and by implication imply that I can sit back and do nothing because “Jesus will do everything” is not a working dynamic for life.

As I said of the beginning of this post, I am only offering some thoughts on this.  You can believe however you want.

But beliefs and actions take you a certain direction and place.

To say God is sovereign, so I won’t think about what I do on a daily basis and just blindly do the first thing presented to me, is, again, I think a misinterpretation.  To say that “God is sovereign” and then, for example, to take the toxic jab offered by satanic globalists and say that “Jesus will protect me”, when you are not willing to study the true science and consequences, I personally think will bring bad results.  But again, these are my thoughts.