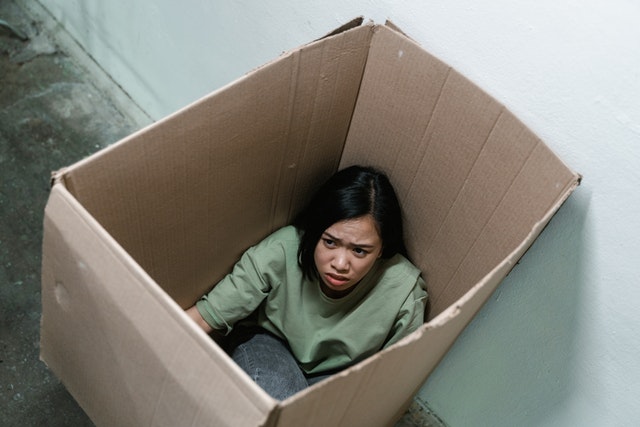 Matthew 12:1  At that time Jesus went on the sabbath through the cornfields; and his disciples were hungry, and began to pluck the ears and to eat.

2 But the Pharisees, seeing [it], said to him, Behold, thy disciples are doing what is not lawful to do on sabbath.

3 But he said to them, Have ye not read what David did when he was hungry, and they that were with him?

4 How he entered into the house of God, and ate the shewbread, which it was not lawful for him to eat, nor for those with him, but for the priests only?

5 Or have ye not read in the law that on the sabbaths the priests in the temple profane the sabbath, and are blameless?

6 But I say unto you, that there is here what is greater than the temple.

7 But if ye had known what is: I will have mercy and not sacrifice, ye would not have condemned the guiltless.

8 For the Son of man is Lord of the sabbath.

9 And, going away from thence, he came into their synagogue.

10 And behold, there was a man having his hand withered. And they asked him, saying, Is it lawful to heal on the sabbath? that they might accuse him.

11 But he said to them, What man shall there be of you who has one sheep, and if this fall into a pit on the sabbath, will not lay hold of it and raise [it] up?

12 How much better then is a man than a sheep! So that it is lawful to do well on the sabbath.

13 Then he says to the man, Stretch out thy hand. And he stretched [it] out, and it was restored sound as the other.

14 But the Pharisees, having gone out, took counsel against him, how they might destroy him.

15 But Jesus knowing [it], withdrew thence, and great crowds followed him; and he healed them all:

16 and charged them strictly that they should not make him publicly known:

17 that that might be fulfilled which was spoken through Esaias the prophet, saying,

18 Behold my servant, whom I have chosen, my beloved, in whom my soul has found its delight. I will put my Spirit upon him, and he shall shew forth judgment to the nations.

19 He shall not strive or cry out, nor shall any one hear his voice in the streets;

20 a bruised reed shall he not break, and smoking flax shall he not quench, until he bring forth judgment unto victory;

21 and on his name shall [the] nations hope.

22 Then was brought to him one possessed by a demon, blind and dumb, and he healed him, so that the dumb [man] spake and saw.

23 And all the crowds were amazed and said, Is this [man] the Son of David?

24 But the Pharisees, having heard [it], said, This [man] does not cast out demons, but by Beelzebub, prince of demons.

26 And if Satan casts out Satan, he is divided against himself; how then shall his kingdom subsist?

27 And if *I* cast out demons by Beelzebub, your sons, by whom do they cast [them] out? For this reason *they* shall be your judges.

28 But if *I* by [the] Spirit of God cast out demons, then indeed the kingdom of God is come upon you.

34 Offspring of vipers! how can ye speak good things, being wicked? For of the abundance of the heart the mouth speaks.

36 But I say unto you, that every idle word which men shall say, they shall render an account of it in judgment-day:

38 Then answered him some of the scribes and Pharisees, saying, Teacher, we desire to see a sign from thee.

39 But he, answering, said to them, A wicked and adulterous generation seeks after a sign, and a sign shall not be given to it save the sign of Jonas the prophet.

41 Ninevites shall stand up in the judgment with this generation, and shall condemn it: for they repented at the preaching of Jonas; and behold, more than Jonas [is] here.

42 A queen of [the] south shall rise up in the judgment with this generation, and shall condemn it; for she came from the ends of the earth to hear the wisdom of Solomon; and behold, more than Solomon [is] here.

43 But when the unclean spirit has gone out of the man, he goes through dry places, seeking rest, and does not find [it].

44 Then he says, I will return to my house whence I came out; and having come, he finds [it] unoccupied, swept, and adorned.

45 Then he goes and takes with himself seven other spirits worse than himself, and entering in, they dwell there; and the last condition of that man becomes worse than the first. Thus shall it be to this wicked generation also.

46 But while he was yet speaking to the crowds, behold, his mother and his brethren stood without, seeking to speak to him.

47 Then one said unto him, Behold, thy mother and thy brethren are standing without, seeking to speak to thee.

48 But he answering said to him that spoke to him, Who is my mother, and who are my brethren?

49 And, stretching out his hand to his disciples, he said, Behold my mother and my brethren;

50 for whosoever shall do the will of my Father who is in [the] heavens, he is my brother, and sister, and mother.

Matthew 10:16  16 Behold, *I* send you as sheep in the midst of wolves; be therefore prudent as the serpents, and guileless as the doves.

Ephesians 6:10 For the rest, brethren, be strong in [the] Lord, and in the might of his strength.

11 Put on the panoply of God, that ye may be able to stand against the artifices of the devil:

12 because our struggle is not against blood and flesh, but against principalities, against authorities, against the universal lords of this darkness, against spiritual [power] of wickedness in the heavenlies.

13 For this reason take [to you] the panoply of God, that ye may be able to withstand in the evil day, and, having accomplished all things, to stand.

14 Stand therefore, having girt about your loins with truth, and having put on the breastplate of righteousness,

15 and shod your feet with [the] preparation of the glad tidings of peace:

16 besides all [these], having taken the shield of faith with which ye will be able to quench all the inflamed darts of the wicked one.

17 Have also the helmet of salvation, and the sword of the Spirit, which is God’s word;

19 and for me in order that utterance may be given to me in [the] opening of my mouth to make known with boldness the mystery of the glad tidings,

20 for which I am an ambassador [bound] with a chain, that I may be bold in it as I ought to speak.

(YLT)  Ephesians 6:11 put on the whole armour of God, for your being able to stand against the wiles of the devil,

12 because we have not the wrestling with blood and flesh, but with the principalities, with the authorities, with the world-rulers of the darkness of this age, with the spiritual things of the evil in the heavenly places;

13 because of this take ye up the whole armour of God, that ye may be able to resist in the day of the evil, and all things having done — to stand.

14 Stand, therefore, having your loins girt about in truth, and having put on the breastplate of the righteousness,

15 and having the feet shod in the preparation of the good-news of the peace;

16 above all, having taken up the shield of the faith, in which ye shall be able all the fiery darts of the evil one to quench,

17 and the helmet of the salvation receive, and the sword of the Spirit, which is the saying of God,

19 and in behalf of me, that to me may be given a word in the opening of my mouth, in freedom, to make known the secret of the good news,

20 for which I am an ambassador in a chain, that in it I may speak freely — as it behoveth me to speak.