What is Easter About Anyway? 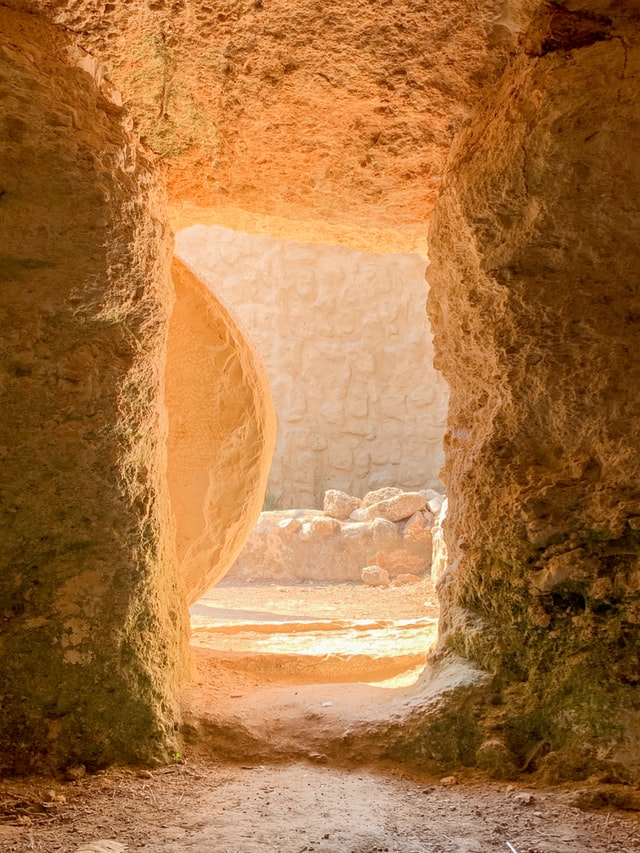 Adam and Eve were appointed to have dominion over the earth by God.  They were required to walk in obedience.  Adam and Eve disobeyed by listening to and serving the arch enemy of God who had been thrown out of heaven for rebellion.  This cut off Adam and Eve’s fellowship with God.

Genesis 3:23 Therefore Yahweh God sent him out from the garden of Eden, to till the ground from which he was taken. 24 So he drove out the man; and he placed cherubim at the east of the garden of Eden, and a flaming sword which turned every way, to guard the way to the tree of life.

The problem was now how could sinful man approach a holy God?   Sin, sickness, and death entered the world at the Fall of Man in the Garden of Eden.  Until then, all was perfect.

Romans 5:12  Therefore as sin entered into the world through one man, and death through sin; so death passed to all men, because all sinned.

Jesus volunteered to be the One to undo what happened in the garden.

Isaiah 53:4   Surely he has borne our sickness
and carried our suffering;
yet we considered him plagued,
struck by God, and afflicted.
5 But he was pierced for our transgressions.
He was crushed for our iniquities.
The punishment that brought our peace was on him;
and by his wounds we are healed.
6 All we like sheep have gone astray.
Everyone has turned to his own way;
and Yahweh has laid on him the iniquity of us all.

7 He was oppressed,
yet when he was afflicted he didn’t open his mouth.
As a lamb that is led to the slaughter,
and as a sheep that before its shearers is silent,
so he didn’t open his mouth.
8 He was taken away by oppression and judgment.
As for his generation,
who considered that he was cut off out of the land of the living
and stricken for the disobedience of my people?

Hebrews 2:17  Therefore he was obligated in all things to be made like his brothers, that he might become a merciful and faithful high priest in things pertaining to God, to make atonement for the sins of the people.

II Corinthians 5:21  For him who knew no sin he made to be sin on our behalf; so that in him we might become the righteousness of God.

I Peter 2:24  He himself bore our sins in his body on the tree, that we, having died to sins, might live to righteousness. You were healed by his wounds.

Repost: 4 Proofs of the Resurrection – Lee Strobel from The Case for Christ