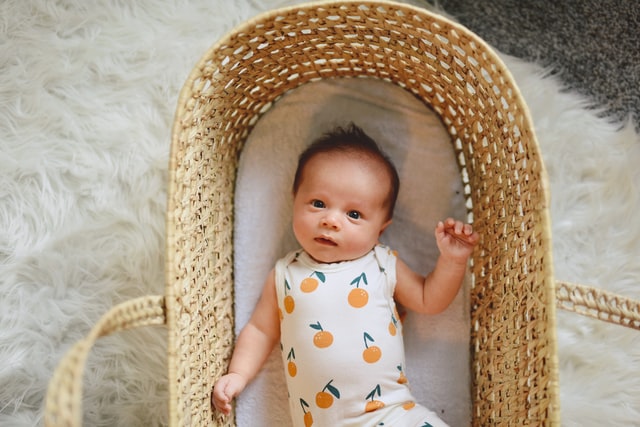 God wants to adopt people into his family. He has made a provision for adoption through Jesus Christ.

Ephesians 1:1 Blessed be the God and Father of our Lord Jesus Christ, who has blessed us with every spiritual blessing in the heavenly places in Christ, 4 even as he chose us in him before the foundation of the world, that we would be holy and without defect before him in love, 5 having predestined us for adoption as children through Jesus Christ to himself, according to the good pleasure of his desire,

In the natural, on earth, if a child is adopted into a family, the family takes the child in and begins to care for the child.

In other centuries, if a child was simply abandoned, living on the streets, living outside, perhaps a monastery or a family would take the child into their home.

At first, the immediate needs would be met: food, clothing, bathing, warmth. The adopted child might have some severe initial needs.

At a certain point, when emergency recovery measures were met, then things moved to a different level. The child was taught, educated, taught morals, taught manners and helped to become a functioning member of the family and the church and society.

In the current society, where the knowledge of God is very dim except among pockets of believers, people, in a sense, are orphans. They have no clue of the forces that are beating them up and seeking to “steal, kill, and destroy” them. They are tossed around. They don’t have a full understanding of how the world works.

The world works on two parallel train tracks. One is the natural world. One is the invisible world of God…the kingdom of God and angels…and also satan and demons. It exists. It is not a visible world to natural eyesight.

It is like xrays. We can’t see bones in the body directly, but a trained x-ray health professional can see bones by means of an x-ray machine. We don’t see ultraviolet light but it exists. Dogs can hear sounds humans cannot hear. Humans operate within a certain range accessible through the physical body.

But other things exist beyond our natural senses.   We are only aware of a certain amount of total existence.  The Bible opens our eyes to more.

And so the world we live in is like a train track. There are two rails. One is physical. One is spiritual or invisible. And they run parallel to each other.

Here is an example.  When Daniel was praying for 21 days, an angel,  traditionally is thought of as Gabriel, the Archangel (who visited Mary), was sent to talk to Daniel in response.

Daniel 10:12 Then he said to me, “Don’t be afraid, Daniel; for from the first day that you set your heart to understand, and to humble yourself before your God, your words were heard. I have come for your words’ sake. 13 But the prince of the kingdom of Persia withstood me twenty-one days; but, behold, Michael [the Archangel], one of the chief princes, came to help me because I remained there with the kings of Persia.

The current society is like abandoned orphans, because they do not have any knowledge of God or how to relate to God.  Society is suffering.  So when someone reaches out to God they try to do it in the same way as they get their natural needs met.

We live in a world of instant gratification. If you are hungry, you go to a fast food restaurant.   If you want to know something you pull out the iphone or computer and instantly find the answer…no more having to take the time and effort to drive or walk to a library, dig out some reference books, and find the answer.

Everything has been reduced to speed and convenience.

So when a person has a problem and turns to God, they think, God can do anything, which He can, and so they expect an instantaneous answer.   And that happens sometimes.  There are people in emergencies who don’t have any more time than to cry out the name of “Jesus” and God gives them a miraculous answer.

And while the answer can be given instantaneously, in some cases, as in the case of Daniel, there may be a process of time for the answer to become manifest on the earth, or reach the earthly realm. Some people, when Jesus healed them, “as they went their way, they were healed.”

People are destroyed for lack of knowledge and it is very important to keep learning more and more about God’s ways.

People get discouraged if they pray and nothing seems to happen instantly. This is why it is necessary to learn God’s ways. If you go out to your car and turn it on and nothing happens, do you curse the car? Maybe the car is out of gas. There is cause and effect in the natural world and also in the spiritual world as well.

Psalm 103:7 He made known his ways to Moses,
his deeds to the children of Israel.

Moses was successful because he had a relationship with God and listened to God and learned God’s ways.

The children of Israel were afraid of God.

Exodus 20:18 All the people perceived the thunderings, the lightnings, the sound of the trumpet, and the mountain smoking. When the people saw it, they trembled, and stayed at a distance. 19 They said to Moses, “Speak with us yourself, and we will listen; but don’t let God speak with us, lest we die.”

In the Old Testament, certain men were appointed as prophets and priests to God. Because of Jesus, God wants to restore a relationship of adoption to all who will receive Jesus.

John 1:12 But as many as received him [Jesus], to them he gave the right to become God’s children, to those who believe in his name:

Luke 12:32 Don’t be afraid, little flock, for it is your Father’s good pleasure to give you the Kingdom.

Moses actually had to be abandoned at three months after birth, not because his parents wanted to do that, but because there was a genocide going on of Hebrew baby boys of which Moses was one.  It was an attempt in faith to save Moses’s life.  His mother was given divine direction from God as to what to do.   He was sent out to float in the Nile River in a reed basket. The Princess of Egypt found Moses (she named him Moses) and raised him up as her own.  Moses was a adopted Prince of Egypt before he was a Prophet of God.

Getting Distracted With Questions