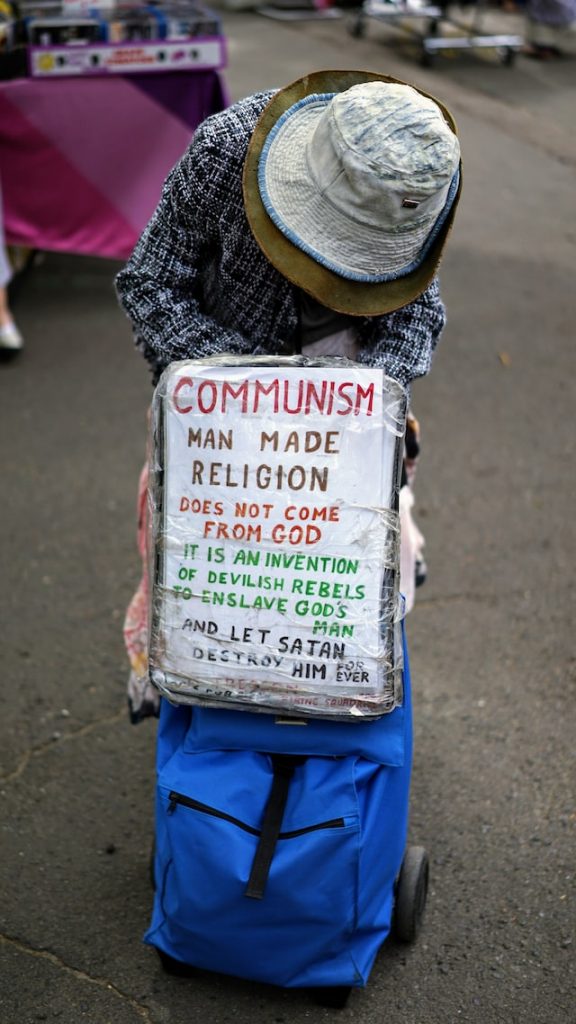 Yesterday was a significantly bad day in history where an occupier-in-chief gave a dark speech.

I didn’t watch it; it was not on any of the major channels.  A quick view of the image indicates the dark overtones. Where did those overtones come from?

Or, approach it from another view, what parallels in history are being employed?

Or, approach it from another view, what is the purpose of employing these parallels in history?

It is like a puzzle. Most people start with the outside pieces of a puzzle and complete the frame.  Then it is easier to understand the whole puzzle.

History has been influenced by many forces, some higher, some lower.

For a number of centuries, the overall trajectory, with ups and downs, of western civilization has been upward. But then satanic forces, hidden forces, became embedded within sectors of civilization and began to dismantle it from within. This process of dismantling has happened more than once.

A nation can survive its fools, and even the ambitious. But it cannot survive treason from within. An enemy at the gates is less formidable, for he is known and carries his banner openly. But the traitor moves amongst those within the gate freely, his sly whispers rustling through all the alleys, heard in the very halls of government itself. Link

So the above quote came from about 40 B.C.  What about today?  What about more recent times?

We are again in a season where evil attempts to tear down good.

One attempt to tear down society has been through a capturing of language, through an attempt to “re-imagine” basic definitions to conform to the agenda of the progressive left.  Think of terms like “marriage”, “women’s rights”, “minor attracted people” (pedophilia).  Here is an expanded list of such terms.

The media, entertainment, government, vocabulary, educational system, censorship, psychological warfare, all this and more is being used to tear down society.

In its place there is an attempt to create what I will call an “anti-society”.

There is matter.  There is anti-matter.

In the universe, there is also something called “black holes”. If you get too close, you get sucked in. There is something called a Schwartzchild Radius. If you stay outside of that radius, you can escape the pull.

There are terms used in society.  We sense what they mean, without actually defining them. We talk about someone “sitting on the fence”. We talk about going back and “re-examining” an issue.

Translating those terms into scientific terms, it may mean that “re-examining an issue” means how close we came to being sucked into the black hole without being sucked in.

People who sit on fence might put their fingers in the air to see how the wind is blowing so as to decide what way they will go. But the danger exists that if someone sits on the fence, a large wind may blow which will cause that person to fall on the wrong side of the fence, and again, get sucked into the black hole.

Let’s bring it down to earth with an everyday example.

If you don’t have defined standards, defined parameters, because you don’t want to “offend” anyone and you want to “go along to get along” you permit the leak in the dike that can one day cause a flood. For example, you might hear two little children watching a cartoon and giggling and saying…oh, the brother is going to marry the sister (or it might be a scenario even darker than that)…and they giggle…, and may not think anything of it…for children, it is a brightly colored cartoon. A parent, or another adult, overhearing that, might realize that that is not in line with family values.  But the leak in the dike, the sitting on the fence, was when the parent or caregiver allowed the channel on the ipad or TV in the first place.  If you don’t want that, if you want to keep your family outside of the “Schwartzchild Radius”, you might have to unplug from certain forms of entertainment and find Christian ones.

II Corinthians 2:11 Lest Satan should get an advantage of us: for we are not ignorant of his devices.

Like a black hole that sucks light into itself, the progressive agenda sucks all the good out of society and attempts to destroy it.   And it especially wants to destroy children.

It is an anti-Christ society that tries to get rid of a Christian society.

We call a crack in the foundational rock of the earth a “fault“.  If there has been a big “fault” of society, it has been that it has sought to go along to get along when it should have been stopping the erosion of the societal foundation all along.

So back to the speech by the occupier-in-chief.  What was that about?  Besides the red, communist-imaged overtones, according to the Britannica, Hitler began WWII on September 1, 1939, by invading Poland.  They like to mimic, or tear down, significant dates and words and names and vocubulary as part of their agenda to create an anti-society.

A Saviour for All Men