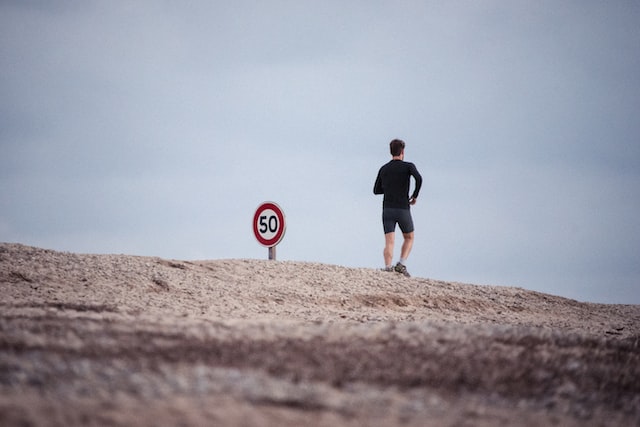 It is good to make a few introductory comments.

This particular speaker from 50 years ago, if you listen to his work or read his books,  has the timliness of a Shakespeare.

He was very aware, very alert, very perceptive, and very qualified to articulate the dangers invading society.  This is from 50 years ago.

If you pulled clips from this talk, you could play those clips on conservative talk radio today and not know that these things were spoken 50 years old.

He articulates things that should be common knowledge.  The church must not live in a bubble of “what can Jesus do for me” while letting civilization as a whole be taken over by marxist, satanic, atheistic radicals.  Because then your Christian children get sent to a school where they are taught marxism and transgenderism.  This is one reason it matters, to put it on a practical level.  Or, you are taxed out of existence, and then find it hard to pay your tithe, which if you don’t pay it, you end up under the curse.  These larger issues definitely matter and we should all do what we can according to our positions in life to deal with them.

The church, in the name of either being “nice”, “we don’t offend” or “we are waiting for the second coming of Jesus” so “why should we fight if we are going to take flight” sits back and allows communism to invade the universities; satanists and criminals to invade the governments; pedophiles to invade the schools and little girls’ bathrooms.  It stays in a religious bubble of “that’s not our concern” or “we don’t do politics” or even, “shouldn’t I always turn the other cheek?” or “do I have a right to say anything?” or “isn’t there supposed to be a separation of church and state?”.

Another problem, added to those above, is that while the Catholic church has in the past, tried to define various doctrines, the Protestants do not have any overwhelming way to deal with these larger doctrines.  I would add that the Catholic Church was better with that prior to Vatican II.   At the time of Vatican II, the Catholic Church had some destructive things done through freemason and communist influence.   It existed before, but came heavier after that.

I would say that influences have also come into the Protestant churches as you now have denominations preaching marriage contrary to the word of God. You have members of boards who will throw out the founders of the churches.  You have a mixture of God and mammon.

There really is no reason for the pot to call the kettle black.

But back to the issue of tackling societal issues.  Because there is no overwhelming decision about topics, for example, like the topic of self-defense, and because the Protestants will not tackle these topics from the pulpit lest they be accused on the grounds of separation of church and state (which originally had the reverse meaning…that the state would not interfere with the church…and like all things, the leftists know how to co-opt the vocabulary for their own purposes until the original meaning is left in the dust of history), but because of that, you are not going to hear discussions of some of these over-arching topics.

Archbishop Fulton Sheen was a Catholic, and the Catholics considered these issues, and could talk freely.  They could talk about the dangers of communism.  His counterpart today would be Archbishop Viganò who speaks in very similar terms.  They are two of the “good” ones compared to some who have been picked off by the NWO.

How many people became pawns of the covid plandemic lie, took the toxic jab and now the perpetuators of that jab are finally beginning to admit…oh, we got it wrong. sorry.  Sure, yeah, after the destruction death and debilitation of so many in so many ways, they come out and say, we got it wrong.

This is why it is important to not divide against another conservative or denomination that preaches Jesus, even if you don’t agree or understand fully their doctrine.  Unity is where the power is.  He that is not against us is on our part.

The eye or the ear or the hand or the mouth could criticize all day each other, each different part of body not realizing that other part is essential to its own life.  The ear must hear where the food is, the eye must see it, the hand must bring it to the mouth and eat it.  It’s all part of the process for the whole body to be strong and when you focus on differences, nothing is accomplished but death and destruction.

Satan seeks to create points of division and then nothing can be accomplished and then evil wins.

Will there be consequences to the liars?  There should be.  We need to hold them accountable.

But this is where the left knows how to use the Bible for its own purposes.  It says “judge not”.  Jesus also said, judge righteous judgement.  We have laws in our country, for a reason.  This transcends the personal level of “judge not”.  This moves to the level of national law.

Jesus went and threw out the money changers from the temple.   He used some very strong language with some of them at times…liars, hypocrites, dead men’s bones, vipers.

In government, there is a legal system, because it is recognized that there has to be an impartial judge for the good of society.  It needs to judge things like theft, murder, and various crimes.  But the attitude of “we are nice, we don’t judge” has even now gone to the level of the legal system in the United States.  Criminals are set free to do their crimes again.

What I am saying is that the Catholic Church deals with the larger issues of the influence of Jesus Christ in society as a whole while the Protestants pretty much stay with a “Jesus and me” mode.  Now there are those who are exception to that.  Presbyterian Dr. D. James Kennedy, now deceased, was one who would tackle the larger issues of Christ in society and the importance of being salt and light in society.  And, today, there are some Christians who are very strong in their positions in society.  But I’m saying overall, the lack of understanding of getting the “big picture” has put the church in a defensive position where the opposition is running roughshod.

We need to know the salvation of Christ personally.  But then we need to take that salt and light to society.

Once in a while you will see a Christian really on the offense and I really light up and cheer when I see that.

If you don’t understand the tricks of satan, then these tricks will be used on you by people who are atheists and satanists and marxists themselves, you will be their unwitting proxy.  They will use you, and you won’t even know it.  You’ll adopt their vocabulary and do their bidding.

Paul said this in I Corinthians 5:5  To deliver such an one unto Satan for the destruction of the flesh, that the spirit may be saved in the day of the Lord Jesus.

Paul judged that something was seriously wrong.  At times, Paul had to use righteous judgment.

Jesus said, these ye ought to have done and not to leave the other undone.

So with that said as a background and introduction, see if you don’t see recognize, in this talk from 50 years ago, parallels with what is happening today.

The Leap to Experience