Song, Mary Did You Know? 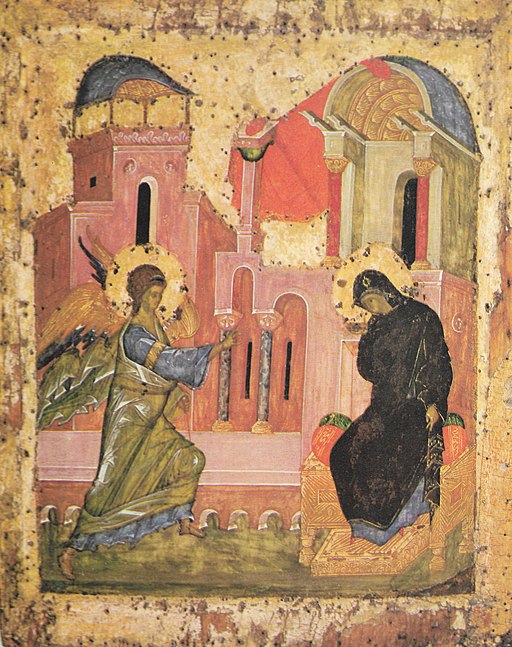 This is one whose post timliness would fit slightly before Christmas,  as sometimes this is sung around Christmas, but for some reason, it seems necessary to mention this now.  Perhaps it is simply to point out that there might be a better hymn choice if choir directors are already making those Christmas considerations.

The song implies that Mary was pretty clueless.  But really…was she just some peasant God picked up off the side of the road and who had no clue about anything?

Israel was awaiting the Messiah.  Mary would have known this and her later words and actions exhibited that awareness and sensitivity.

At the annunciation, Mary was able to see the angel, hear the angel, talk to the angel, and hear the reply.  She was not spiritually insensitive.

After the angel talked to her, Mary went to visit her cousin, Elizabeth.

When she visited her cousin, Elizabeth, Mary gave a prophetic utterance.   What she said revealed a lot about the state of her soul.  It also indicated she was not ignorant of the scriptures…she knew of the promises that had been given over the centuries to the Abraham and the other fathers (ancestors in the prophetic sense) of the coming of the Messiah.

Luke 1:46 And Mary said, My soul doth magnify the Lord,

47 And my spirit hath rejoiced in God my Saviour.

48 For he hath regarded the low estate of his handmaiden: for, behold, from henceforth all generations shall call me blessed.

49 For he that is mighty hath done to me great things; and holy is his name.

50 And his mercy is on them that fear him from generation to generation.

51 He hath shewed strength with his arm; he hath scattered the proud in the imagination of their hearts.

52 He hath put down the mighty from their seats, and exalted them of low degree.

53 He hath filled the hungry with good things; and the rich he hath sent empty away.

54 He hath helped his servant Israel, in remembrance of his mercy;

55 As he spake to our fathers, to Abraham, and to his seed for ever.

Going back to annunciation itself, which occurred prior to Mary’s visit to Elizabeth, the angel said this.

Luke 1:32 He shall be great, and shall be called the Son of the Highest: and the Lord God shall give unto him the throne of his father David:

33 And he shall reign over the house of Jacob for ever; and of his kingdom there shall be no end.

34 Then said Mary unto the angel, How shall this be, seeing I know not a man?

Mary did not say, How shall this be…since I am not a descendant of David….  No, she did not say that.   It was a given that she was in the correct lineage.

She didn’t question the lineage; she just questioned how she, as a virgin, could conceive.

The unspoken idea the song portrays…that Mary was some waif that God picked up off the street and decided to make the Mother of Jesus…really does disservice to Jesus’s Mother.  And really to God Himself.

Don’t you think that God would prepare the person who would be the Mother of his Son?

Mother Mary did a lot more than simply give a cup of cold water to Jesus.  She raised him.

In line with what Jesus said about giving honor to those that give a cup of cold water, doesn’t Mother Mary deserve some respect?

Actually, at one level, I don’t know.  All I know is that I was supposed to mention this.  Maybe someone is thinking of using the hymn for a Christmas event and maybe this is just for some reconsideration.  I don’t know.

But, I do recognize this.

We live in an hour where globalists are attempting to install a religion that is anti-Christ and removes the Lord God and Biblical norms from society.

Psalm 133:1 Behold, how good and how pleasant it is for brethren to dwell together in unity!

2 It is like the precious ointment upon the head, that ran down upon the beard, even Aaron’s beard: that went down to the skirts of his garments;

3 As the dew of Hermon, and as the dew that descended upon the mountains of Zion: for there the Lord commanded the blessing, even life for evermore.

Jonathan Cahn on “The return of the gods”