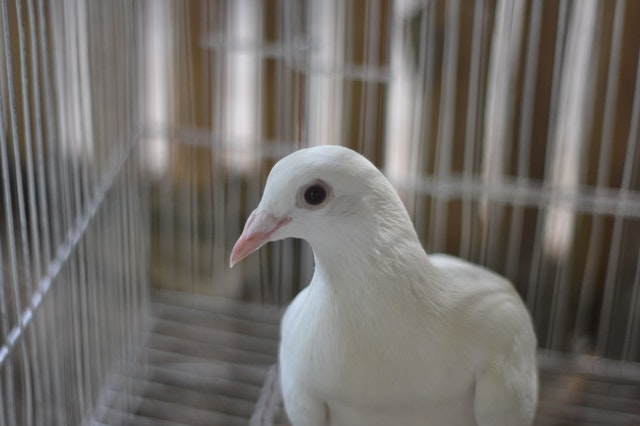 Oral Roberts said something to the effect of,  “Your answer is coming towards you or going past you.”

In modern society, where we are trained to follow protocols, whatever the protocol is, we must be aware at the same time not to let that dull our senses to being aware of a solution that may be either common sense or when “there’s something else going on here that needs to be addressed” and that may require us to “think outside of the box” occasionally or use discernment.

The prompting for this post came from an experience where a simple solution had to be found, but the typical technological way of solving the problem was not working.  I was aware early on of the need to escalate the situation to someone or a department with different tech abilities, but those I was working with didn’t have the same awareness.  So I waited and multi-tasked while waiting just to see how long this would take, and that maybe after multiple hours someone might become aware.

Finally, after three or more hours, someone realized “this is not working” and gave me a phone number.  I called and within probably 10 minutes or less the problem was solved.  That is all it should have taken in the first place.

In modern society, the problem can be that everyone is taught to go by a certain protocol and no one wants to be the first to step out of the box.  Like The Emperors New Clothes, no one wants to say, “There’s something going on here that needs to be corrected.”

In the above-mentioned case, it took three hours before someone was willing to do that.

In a certain sense, I think Old Testament and New Testament individuals were more capable of instantly being aware that maybe something was happening that they needed to respond to.  Here are few examples.

II Kings 5:1  Now Naaman, captain of the army of the king of Syria, was a great man with his master, and honorable, because by him Yahweh had given victory to Syria: he was also a mighty man of valor, but he was a leper. 2 The Syrians had gone out in bands, and had brought away captive out of the land of Israel a little maiden; and she waited on Naaman’s wife. 3 She said to her mistress, “I wish that my lord were with the prophet who is in Samaria! Then he would heal him of his leprosy.”

4 Someone went in, and told his lord, saying, “The maiden who is from the land of Israel said this.”

5 The king of Syria said, “Go now, and I will send a letter to the king of Israel.”

He departed, and took with him ten talents of silver, and six thousand pieces of gold, and ten changes of clothing. 6 He brought the letter to the king of Israel, saying, “Now when this letter has come to you, behold, I have sent Naaman my servant to you, that you may heal him of his leprosy.”

7 When the king of Israel had read the letter, he tore his clothes, and said, “Am I God, to kill and to make alive, that this man sends to me to heal a man of his leprosy? But please consider and see how he seeks a quarrel against me.”

8 It was so, when Elisha the man of God heard that the king of Israel had torn his clothes, that he sent to the king, saying, “Why have you torn your clothes? Let him come now to me, and he shall know that there is a prophet in Israel.”

9 So Naaman came with his horses and with his chariots, and stood at the door of the house of Elisha. 10 Elisha sent a messenger to him, saying, “Go and wash in the Jordan seven times, and your flesh shall come again to you, and you shall be clean.”

11 But Naaman was angry, and went away, and said, “Behold, I thought, ‘He will surely come out to me, and stand, and call on the name of Yahweh his God, and wave his hand over the place, and heal the leper.’ 12 Aren’t Abanah and Pharpar, the rivers of Damascus, better than all the waters of Israel? Couldn’t I wash in them, and be clean?” So he turned and went away in a rage.

13 His servants came near, and spoke to him, and said, “My father, if the prophet had asked you do some great thing, wouldn’t you have done it? How much rather then, when he says to you, ‘Wash, and be clean?’”

14 Then went he down, and dipped himself seven times in the Jordan, according to the saying of the man of God; and his flesh was restored like the flesh of a little child, and he was clean. 15 He returned to the man of God, he and all his company, and came, and stood before him; and he said, “See now, I know that there is no God in all the earth, but in Israel. Now therefore, please take a gift from your servant.”

16 But he said, “As Yahweh lives, before whom I stand, I will receive none.”

So he departed from him a little way. 20 But Gehazi the servant of Elisha the man of God, said, “Behold, my master has spared this Naaman the Syrian, in not receiving at his hands that which he brought. As Yahweh lives, I will run after him, and take something from him.”

21 So Gehazi followed after Naaman. When Naaman saw one running after him, he came down from the chariot to meet him, and said, “Is all well?”

22 He said, “All is well. My master has sent me, saying, ‘Behold, even now two young men of the sons of the prophets have come to me from the hill country of Ephraim. Please give them a talent of silver and two changes of clothing.’”

23 Naaman said, “Be pleased to take two talents.” He urged him, and bound two talents of silver in two bags, with two changes of clothing, and laid them on two of his servants; and they carried them before him. 24 When he came to the hill, he took them from their hand, and stored them in the house. Then he let the men go, and they departed. 25 But he went in, and stood before his master. Elisha said to him, “Where did you come from, Gehazi?”

He said, “Your servant went nowhere.”

26 He said to him, “Didn’t my heart go with you, when the man turned from his chariot to meet you? Is it a time to receive money, and to receive garments, and olive groves and vineyards, and sheep and cattle, and male servants and female servants? 27 Therefore the leprosy of Naaman will cling to you and to your offspring forever.”

He went out from his presence a leper, as white as snow.

The point is, that while structures are important and protocols are in place in order to bring simplified solutions to complex organizations, there has to be a place for openness when a solution may not come in the “typical fashion”.

There has to be an openness to prayers that are prayed being answered in a way different than maybe we thought might happen.  Otherwise, we might miss the answer.

Repost: How To Use The Faith You Already Have – Oral Roberts

Repost: What You Need to Know About the Holy Spirit