“Our Constitution was made only for a moral and religious People. It is wholly inadequate to the government of any other.”  John Adams

The only reason there is suffering is due to the curse which was the consequence of the disobedience of Eve and Adam in the Garden of Eden.

All suffering began with that act of disobedience and rebellion.

And while Jesus provided a remedy, it is not automatic.

It must be received, and participated in on a daily regular basis through faith and obedience.

Suffering, sickness, spiritual death and results of the curse remain on those who remain under the death penalty for sin, for the wages of sin is death.

It is not a matter of whether you believe you are under the curse or not…by default you are unless you have exited it via Jesus Christ and him crucified, buried, and resurrected.

Galatians 3:13 Christ hath redeemed us from the curse of the law, being made a curse for us: for it is written, Cursed is every one that hangeth on a tree:

14 That the blessing of Abraham might come on the Gentiles through Jesus Christ; that we might receive the promise of the Spirit through faith.

The situation can be illustrated.

If George Bailey had jumped off the bridge, the law of gravity would have come into effect and he would have ended up in the water.  Whatever George Baily chooses at this point leads him to one outcome or another.

If women, (or men, or children), have problems from the curse, the only solution is to turn to Jesus, be born again, and follow Jesus.

The solution will not come from the woke mob and globalists that abort babies, castrate children, rule by dictatorship, advocate deadly/toxic jabs, and who work to destroy the family unit, the rule of law, and nations.

And the Lord God Planted a Garden 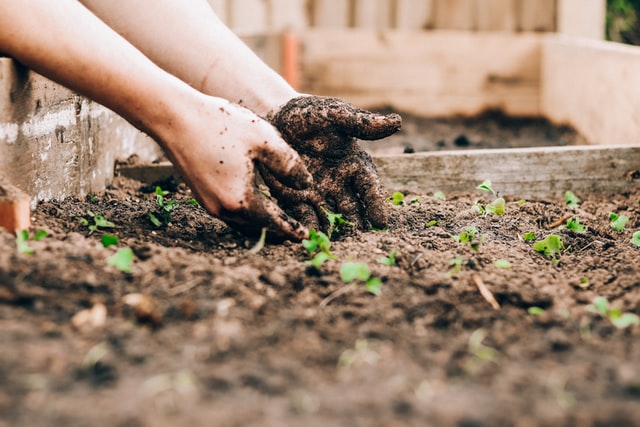 The Old Testament people were primarily farmers, or kept sheep and cattle.  Farming is mentioned often.

Genesis 2:15 Yahweh God took the man, and put him into the garden of Eden to cultivate and keep it. 16 Yahweh God commanded the man, saying, “You may freely eat of every tree of the garden;

Genesis 26:12  Isaac sowed in that land, and reaped in the same year one hundred times what he planted. Yahweh blessed him.

Jesus used gardening as a basis for one of his famous parables.

Luke 8:5  “The farmer went out to sow his seed. As he sowed, some fell along the road, and it was trampled under foot, and the birds of the sky devoured it.6 Other seed fell on the rock, and as soon as it grew, it withered away, because it had no moisture.7 Other fell amid the thorns, and the thorns grew with it, and choked it.8 Other fell into the good ground, and grew, and produced one hundred times as much fruit.” As he said these things, he called out, “He who has ears to hear, let him hear!”

In view of the fact that gardening season is approaching, here is an article that some of you who are considering having gardens this year might enjoy reading.
Prioritizing Your Goals:  3 Steps for a Successful Garden