What is Our Responsibility? 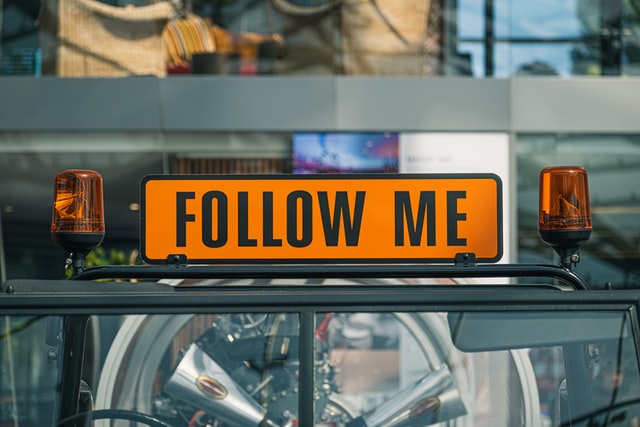 This post is a bit of a continuation of a former post Do It Now – Keep It Real on which this statement was made.  There is a need to expand on this statement with greater explanation.

In my opinion, there is too much saying “the Lord will do it”, without understanding the part about our responsibilities.    Yes, the Lord will do it, but we are the body of Christ and we have our own part to play.

If any man had numerous experiences with the Lord that he wrote about, that man would be the Apostle Paul.

If any man understood the message of Jesus Christ, it man would be the Apostle Paul, as he penned a large part of the New Testament.

But even the Apostle Paul said this:

Philippians 3:10 That I may know him, and the power of his resurrection, and the fellowship of his sufferings, being made conformable unto his death;

11 If by any means I might attain unto the resurrection of the dead.

15 Let us therefore, as many as be perfect, be thus minded: and if in any thing ye be otherwise minded, God shall reveal even this unto you.

The Apostle Paul did not exhibit a complacent, one Sunday meeting a week, type of Christianity.

He also prayed this prayer (it is a prayer you can pray for yourself or someone else).  I picked a different version than I normally use, (and it is good to compare various versions to get a better idea) because it brings out the thought better.

Ephesians 1:15  (RSVC) 15 For this reason, because I have heard of your faith in the Lord Jesus and your love toward all the saints, 16 I do not cease to give thanks for you, remembering you in my prayers, 17 that the God of our Lord Jesus Christ, the Father of glory, may give you a spirit of wisdom and of revelation in the knowledge of him, 18 having the eyes of your hearts enlightened, that you may know what is the hope to which he has called you, what are the riches of his glorious inheritance in the saints, 19 and what is the immeasurable greatness of his power in us who believe, according to the working of his great might 20 which he accomplished in Christ when he raised him from the dead and made him sit at his right hand in the heavenly places, 21 far above all rule and authority and power and dominion, and above every name that is named, not only in this age but also in that which is to come; 22 and he has put all things under his feet and has made him the head over all things for the church, 23 which is his body, the fulness of him who fills all in all.

Verse 19 states and what is the immeasurable greatness of his power in us who believe, according to the working of his great might .

It is God’s power that works in us, inspires us, directs us, shows us the way.

In the Old Testament, the priests and prophets were especially anointed by God to hear from God and speak God’s Word.

In the New Testament, since the work of Jesus on the cross, since the redemptive work of Christ on the cross, the potential for the Holy Spirit to indwell those who are willing and choose to believe in Jesus Christ exists.  Then the Holy Spirit can lead on the inside.  Jesus said, “Follow me,” and the Holy Spirit, God the Father and God the Son are all part of the same triune God.  If you follow the leading of the Holy Spirit you are following Jesus; and Paul prayed to know the immeasurable greatness of his power in us who believe.

So when you pray a prayer to the Father in the name of Jesus, do not be surprised if the Holy Spirit within your heart begins to direct you a certain way.  This can be part of the answer to your prayer.

God does not answer by dropping down a package from heaven neatly tied with a bow.  Occasionally, something like that happens.  It is far more likely that the Lord will lead and guide and direct and require acts of obedience on the way out of a mess.

Also, and I mention this topic a lot, only because I operate in it and have a fair amount of experience.

When you give tithes and offerings there are certain ways the Lord can bless you back.  One of them is to find things on sales at stores.  One way is to be led to a store when a sale is going on that you didn’t even know about.  But one way is that God will inspire you to do things you had not previously been doing.   You may get an inspired idea where previously you had none.

My experience has been that nothing on the outside actually changes, i.e., in that I mean you may live in the same neighborhood, know the same people, go to the same stores, etc.  But all of a sudden when you give a tithe and/or offering there is a quality that enters your life.  All of a sudden someone who thought of you before regarding a job or position actually picks up the phone and calls you, or you meet them in a store.  Or any number of other things can happen.  A quality, call it the blessing of God, enters your life and enables something to go beyond the mere physical circumstances of your life.  To put it this way, the water of your life is turned into wine.

John 2:1  The third day, there was a wedding in Cana of Galilee. Jesus’ mother was there. 2 Jesus also was invited, with his disciples, to the wedding. 3 When the wine ran out, Jesus’ mother said to him, “They have no wine.”

4 Jesus said to her, “Woman, what does that have to do with you and me? My hour has not yet come.”

5 His mother said to the servants, “Whatever he says to you, do it.” 6 Now there were six water pots of stone set there after the Jews’ way of purifying, containing two or three metretes apiece. 7 Jesus said to them, “Fill the water pots with water.” So they filled them up to the brim. 8 He said to them, “Now draw some out, and take it to the ruler of the feast.” So they took it. 9 When the ruler of the feast tasted the water now become wine, and didn’t know where it came from (but the servants who had drawn the water knew), the ruler of the feast called the bridegroom 10 and said to him, “Everyone serves the good wine first, and when the guests have drunk freely, then that which is worse. You have kept the good wine until now!” 11 This beginning of his signs Jesus did in Cana of Galilee, and revealed his glory; and his disciples believed in him.

Other ways we can bring God into our lives is by asking, seeking, knocking.

Repost: ANCIENT CHINESE RECORD ON THE RESURRECTION OF JESUS!