why did Adam fall

Why Did Adam Fall?

Why did Adam fall?

Prior to the Fall, God gave Adam dominion.

Genesis 1:28 And God blessed them, and God said unto them, Be fruitful, and multiply, and replenish the earth, and subdue it: and have dominion over the fish of the sea, and over the fowl of the air, and over every living thing that moveth upon the earth.

Why didn’t Adam take dominion over the serpent speaking to Eve?

The provision of God was there, but it was not used.

If you have a key to a house, and the door is locked, and you don’t use the key, you can sit on the porch and cry buckets of tears, you can go find ten Ph.D.’s and create a think tank about doors and locks, you can have surveys and request money to deal with doors and locks, but if the key is in your hand and if  you don’t use it, none of the above “other activities” will solve the problem.

What is a major key that is missing in this world where evil seems to have the upper hand?

Surely the problems of the world are never God’s…if there is an error, it lies with mankind.

This scripture is sometimes preached.

II Chronicles 7:14  If my people, which are called by my name, shall humble themselves, and pray, and seek my face, and turn from their wicked ways; then will I hear from heaven, and will forgive their sin, and will heal their land.

And while that might bring to mind certain things that should be turned from, I propose that a major wicked way that needs to be turned from is one that is rarely talked about.

It is the refusal to enact justice.

Micah 6:8 He hath shewed thee, O man, what is good; and what doth the Lord require of thee, but to do justly, and to love mercy, and to walk humbly with thy God?

That refusal leads to a sloppy go along…to get along…environment.  Evil thrives in that go-along-to-get-along, slap-each-other-on-the-back-as-good-‘ole-boys environment because evil will take every bit of ground given to it and leverage it into more evil.

The picture of the man on the gallows, receiving justice for misdeeds, with the priest offering last rites comes to mind.  Justice is served.  Mercy is offered.

But justice is not denied.

After the flood, this was God’s decree.

Genesis 9:6  Whoso sheddeth man’s blood, by man shall his blood be shed: for in the image of God made he man.

There are those who say that we don’t need to do that any more.  Some even advance the (extremely bad) idea of ….just let the criminals back out on the street.

But back to the scripture about turning from evil ways…wasn’t the charge of God against the nation of Israel the fact that they refused to walk in his ways and instead adopted the ways of the heathen nations around them?

When a nation with a Constitution that is supposed to uphold law and order no longer does that, isn’t that adopting the way of the heathen?

Isn’t the willingness to go along to get along a dereliction of duty?

Isn’t it a failure to enact justice? 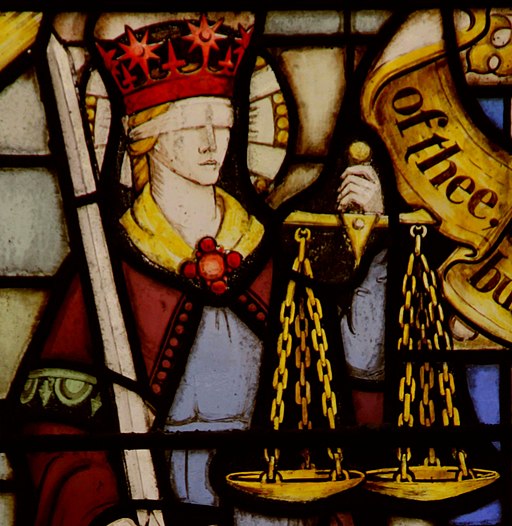 The refusal at a judicial level to enact justice, a Nuremberg Trial type of justice, against those who are destroying nations, economies, lives, and health, is one of those evils that must be turned from.

Of course, the verse applies at a personal level as well.

But on a national level, justice must be enacted.

God is not going to do the job He gave man to do.

There HAS TO BE a differentiation between the words of Jesus to individuals and the judicial responsibility of dealing with those who have been put in authority over nations and the NGOs who may be illegally dealing with them behind the scenes.

You don’t turn the other cheek to those who are destroying the world for personal profit and power.

That’s for your neighbor who blew his leaves on your lawn with his leaf blower.  Go work it out.

But this is what Jesus says in terms of the kingdom, the larger scale picture.

Answer these questions for yourself.

Whom is he talking to?  He is talking to people who think the kingdom of God will immediately appear.  Who is called to deal with the enemies?  Jesus?  or his servants?

Luke 19:11 And as they heard these things, he added and spake a parable, because he was nigh to Jerusalem, and because they thought that the kingdom of God should immediately appear.

12 He said therefore, A certain nobleman went into a far country to receive for himself a kingdom, and to return.

13 And he called his ten servants, and delivered them ten pounds, and said unto them, Occupy till I come.

14 But his citizens hated him, and sent a message after him, saying, We will not have this man to reign over us.

15 And it came to pass, that when he was returned, having received the kingdom, then he commanded these servants to be called unto him, to whom he had given the money, that he might know how much every man had gained by trading.

17 And he said unto him, Well, thou good servant: because thou hast been faithful in a very little, have thou authority over ten cities.

19 And he said likewise to him, Be thou also over five cities.

20 And another came, saying, Lord, behold, here is thy pound, which I have kept laid up in a napkin:

21 For I feared thee, because thou art an austere man: thou takest up that thou layedst not down, and reapest that thou didst not sow.

22 And he saith unto him, Out of thine own mouth will I judge thee, thou wicked servant. Thou knewest that I was an austere man, taking up that I laid not down, and reaping that I did not sow:

23 Wherefore then gavest not thou my money into the bank, that at my coming I might have required mine own with usury?

24 And he said unto them that stood by, Take from him the pound, and give it to him that hath ten pounds.

26 For I say unto you, That unto every one which hath shall be given; and from him that hath not, even that he hath shall be taken away from him.

27 But those mine enemies, which would not that I should reign over them, bring hither, and slay them before me.