May 3, 2022 Bible Questions, General No Comments

Righteousness and the Fruitful Field 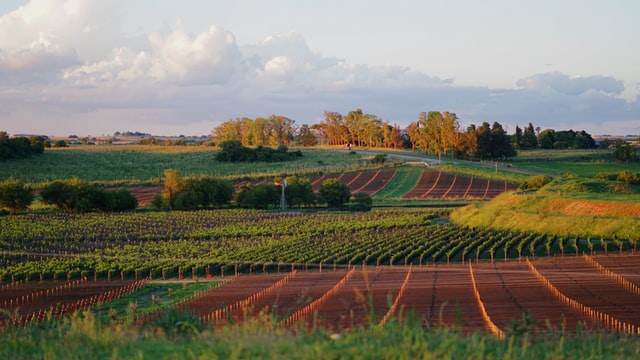 Isaiah 32:16 (KJV) Then judgment shall dwell in the wilderness, and righteousness remain in the fruitful field.

Judgment dwells in the wilderness,
Righteousness in the fruitful field.

Matthew 6:33 But seek first God’s Kingdom and his righteousness; and all these things will be given to you as well.

I Corinthians 10:1 10 Now I would not have you ignorant, brothers, that our fathers were all under the cloud, and all passed through the sea; 2 and were all baptized into Moses in the cloud and in the sea; 3 and all ate the same spiritual food; 4 and all drank the same spiritual drink. For they drank of a spiritual rock that followed them, and the rock was Christ. 5 However with most of them, God was not well pleased, for they were overthrown in the wilderness. 6 Now these things were our examples, to the intent we should not lust after evil things, as they also lusted. 7 Don’t be idolaters, as some of them were. As it is written, “The people sat down to eat and drink, and rose up to play.” 8 Let’s not commit sexual immorality, as some of them committed, and in one day twenty-three thousand fell. 9 Let’s not test Christ, as some of them tested, and perished by the serpents. 10 Don’t grumble, as some of them also grumbled, and perished by the destroyer. 11 Now all these things happened to them by way of example, and they were written for our admonition, on whom the ends of the ages have come. 12 Therefore let him who thinks he stands be careful that he doesn’t fall.

13 No temptation has taken you except what is common to man. God is faithful, who will not allow you to be tempted above what you are able, but will with the temptation also make the way of escape, that you may be able to endure it.

14 Therefore, my beloved, flee from idolatry. 15 I speak as to wise men. Judge what I say. 16 The cup of blessing which we bless, isn’t it a sharing of the blood of Christ? The bread which we break, isn’t it a sharing of the body of Christ? 17 Because there is one loaf of bread, we, who are many, are one body; for we all partake of the one loaf of bread. 18 Consider Israel according to the flesh. Don’t those who eat the sacrifices participate in the altar?

19 What am I saying then? That a thing sacrificed to idols is anything, or that an idol is anything? 20 But I say that the things which the Gentiles sacrifice, they sacrifice to demons, and not to God, and I don’t desire that you would have fellowship with demons. 21 You can’t both drink the cup of the Lord and the cup of demons. You can’t both partake of the table of the Lord and of the table of demons. 22 Or do we provoke the Lord to jealousy? Are we stronger than he?

(DARBY Translation)
Numbers 14:1  And the whole assembly lifted up their voice, and cried; and the people wept that night.

3 And why is Jehovah bringing us to this land that we may fall by the sword, that our wives and our little ones may become a prey? Is it not better for us to return to Egypt?

4 And they said one to another, Let us make a captain, and let us return to Egypt.

5 Then Moses and Aaron fell upon their faces before the whole congregation of the assembly of the children of Israel.

6 And Joshua the son of Nun, and Caleb the son of Jephunneh, of them that searched out the land, rent their garments.

7 And they spoke to the whole assembly of the children of Israel, saying, The land, which we passed through to search it out, is a very, very good land.

8 If Jehovah delight in us, he will bring us into this land, and give it us, a land that flows with milk and honey;

9 only rebel not against Jehovah; and fear not the people of the land; for they shall be our food. Their defence is departed from them, and Jehovah is with us: fear them not.

10 And the whole assembly said that they should be stoned with stones. And the glory of Jehovah appeared in the tent of meeting to all the children of Israel.

11 And Jehovah said to Moses, How long will this people despise me? and how long will they not believe me, for all the signs which I have done among them?

12 I will smite them with the pestilence, and destroy them, and will make of thee a nation greater and mightier than they.

13 And Moses said to Jehovah, Then the Egyptians will hear it; for in thy might thou broughtest up this people from the midst of them;

15 if thou now slayest this people as one man, then the nations that have heard thy fame will speak, saying,

16 Because Jehovah was not able to bring this people into the land that he had sworn unto them, he has therefore slain them in the wilderness.

17 And now, I beseech thee, let the power of the Lord be great, according as thou hast spoken, saying,

18 Jehovah is slow to anger, and abundant in goodness, forgiving iniquity and transgression, but by no means clearing [the guilty], visiting the iniquity of the fathers upon the children, upon the third and fourth [generation].

19 Pardon, I beseech thee, the iniquity of this people according to the greatness of thy loving-kindness, and as thou hast forgiven this people, from Egypt even until now.

20 And Jehovah said, I have pardoned according to thy word.

21 But as surely as I live, all the earth shall be filled with the glory of Jehovah!

22 for all those men who have seen my glory, and my signs, which I did in Egypt and in the wilderness, and have tempted me these ten times, and have not hearkened to my voice,

23 shall in no wise see the land which I did swear unto their fathers: none of them that despised me shall see it.

24 But my servant Caleb, because he hath another spirit in him, and hath followed me fully, him will I bring into the land whereinto he came; and his seed shall possess it.

25 (Now the Amalekites and the Canaanites dwell in the valley.) To-morrow turn you, and take your journey into the wilderness, on the way to the Red sea.

26 And Jehovah spoke to Moses and to Aaron, saying,

28 Say unto them, As surely as I live, saith Jehovah, if I do not do unto you as ye have spoken in mine ears!

29 In this wilderness shall your carcases fall; and all that were numbered of you, according to your whole number from twenty years old and upwards, who have murmured against me,

30 shall in no wise come into the land, concerning which I have lifted up my hand to make you dwell in it; save Caleb the son of Jephunneh, and Joshua the son of Nun.

31 But your little ones, of whom ye said they should be a prey, them will I bring in, and they shall know the land that ye have despised.

32 And as to you, your carcases shall fall in this wilderness.

34 After the number of the days in which ye have searched out the land, forty days, each day for a year shall ye bear your iniquities forty years, and ye shall know mine estrangement [from you].

35 I Jehovah have spoken; I will surely do it unto all this evil assembly which have gathered together against me! in this wilderness they shall be consumed, and there they shall die.

36 And the men whom Moses had sent to search out the land, who returned, and made the whole assembly to murmur against him, by bringing up an evil report upon the land,

37 even those men who had brought up an evil report upon the land, died by a plague before Jehovah.

38 But Joshua the son of Nun, and Caleb the son of Jephunneh, lived still of the men that had gone to search out the land.

39 And Moses told all these sayings to all the children of Israel; then the people mourned greatly.

40 And they rose up early in the morning, and went up to the hill-top, saying, Here are we, and we will go up to the place of which Jehovah has spoken; for we have sinned.

41 And Moses said, Why now do ye transgress the commandment of Jehovah? but it shall not prosper!

42 Go not up, for Jehovah is not among you; that ye be not smitten before your enemies;

43 for the Amalekites and the Canaanites are there before you, and ye shall fall by the sword; for as ye have turned away from Jehovah, Jehovah will not be with you.

44 Yet they presumed to go up to the hill-top; but the ark of the covenant of Jehovah, and Moses, did not depart from the midst of the camp.

45 And the Amalekites and the Canaanites who dwelt on that hill, came down and smote them, and cut them to pieces, as far as Hormah.