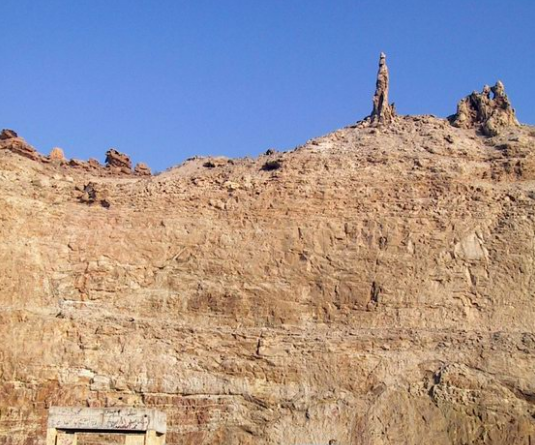 Is Tall el-Hammon the biblical city of Sodom?

Genesis 18:20 And the Lord said, Because the cry of Sodom and Gomorrah is great, and because their sin is very grievous;

21 I will go down now, and see whether they have done altogether according to the cry of it, which is come unto me; and if not, I will know.

22 And the men turned their faces from thence, and went toward Sodom: but Abraham stood yet before the Lord.

23 And Abraham drew near, and said, Wilt thou also destroy the righteous with the wicked?

26 And the Lord said, If I find in Sodom fifty righteous within the city, then I will spare all the place for their sakes.

27 And Abraham answered and said, Behold now, I have taken upon me to speak unto the Lord, which am but dust and ashes:

28 Peradventure there shall lack five of the fifty righteous: wilt thou destroy all the city for lack of five? And he said, If I find there forty and five, I will not destroy it.

29 And he spake unto him yet again, and said, Peradventure there shall be forty found there. And he said, I will not do it for forty’s sake.

30 And he said unto him, Oh let not the Lord be angry, and I will speak: Peradventure there shall thirty be found there. And he said, I will not do it, if I find thirty there.

31 And he said, Behold now, I have taken upon me to speak unto the Lord: Peradventure there shall be twenty found there. And he said, I will not destroy it for twenty’s sake.

32 And he said, Oh let not the Lord be angry, and I will speak yet but this once: Peradventure ten shall be found there. And he said, I will not destroy it for ten’s sake.

33 And the Lord went his way, as soon as he had left communing with Abraham: and Abraham returned unto his place.

Genesis 19:1 And there came two angels to Sodom at even; and Lot sat in the gate of Sodom: and Lot seeing them rose up to meet them; and he bowed himself with his face toward the ground;

2 And he said, Behold now, my lords, turn in, I pray you, into your servant’s house, and tarry all night, and wash your feet, and ye shall rise up early, and go on your ways. And they said, Nay; but we will abide in the street all night.

3 And he pressed upon them greatly; and they turned in unto him, and entered into his house; and he made them a feast, and did bake unleavened bread, and they did eat.

4 But before they lay down, the men of the city, even the men of Sodom, compassed the house round, both old and young, all the people from every quarter:

5 And they called unto Lot, and said unto him, Where are the men which came in to thee this night? bring them out unto us, that we may know them.

6 And Lot went out at the door unto them, and shut the door after him,

7 And said, I pray you, brethren, do not so wickedly.

8 Behold now, I have two daughters which have not known man; let me, I pray you, bring them out unto you, and do ye to them as is good in your eyes: only unto these men do nothing; for therefore came they under the shadow of my roof.

9 And they said, Stand back. And they said again, This one fellow came in to sojourn, and he will needs be a judge: now will we deal worse with thee, than with them. And they pressed sore upon the man, even Lot, and came near to break the door.

10 But the men put forth their hand, and pulled Lot into the house to them, and shut to the door.

11 And they smote the men that were at the door of the house with blindness, both small and great: so that they wearied themselves to find the door.

12 And the men said unto Lot, Hast thou here any besides? son in law, and thy sons, and thy daughters, and whatsoever thou hast in the city, bring them out of this place:

13 For we will destroy this place, because the cry of them is waxen great before the face of the Lord; and the Lord hath sent us to destroy it.

15 And when the morning arose, then the angels hastened Lot, saying, Arise, take thy wife, and thy two daughters, which are here; lest thou be consumed in the iniquity of the city.

17 And it came to pass, when they had brought them forth abroad, that he said, Escape for thy life; look not behind thee, neither stay thou in all the plain; escape to the mountain, lest thou be consumed.

19 Behold now, thy servant hath found grace in thy sight, and thou hast magnified thy mercy, which thou hast shewed unto me in saving my life; and I cannot escape to the mountain, lest some evil take me, and I die:

20 Behold now, this city is near to flee unto, and it is a little one: Oh, let me escape thither, (is it not a little one?) and my soul shall live.

21 And he said unto him, See, I have accepted thee concerning this thing also, that I will not overthrow this city, for the which thou hast spoken.

22 Haste thee, escape thither; for I cannot do anything till thou be come thither. Therefore the name of the city was called Zoar.

23 The sun was risen upon the earth when Lot entered into Zoar.

24 Then the Lord rained upon Sodom and upon Gomorrah brimstone and fire from the Lord out of heaven;

26 But his wife looked back from behind him, and she became a pillar of salt.

27 And Abraham gat up early in the morning to the place where he stood before the Lord:

28 And he looked toward Sodom and Gomorrah, and toward all the land of the plain, and beheld, and, lo, the smoke of the country went up as the smoke of a furnace.

Repost: The Miracle of Raaquell