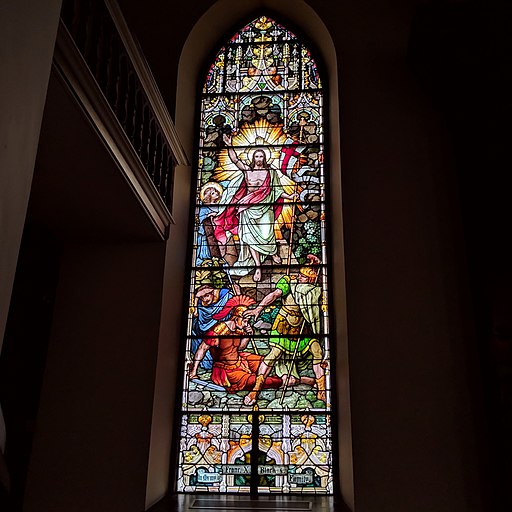 There is confusion regarding Jesus, so the question is asked.

To get the real answer of answer of anything, the simplest, and most direct approach…is to get to the root of the question.  It’s called “peeling away the layers of the onion”.

What will definitively call forth an answer to the question or at least put it in contrast to lesser questions?

And while the answer could be put in theological or apologetic terms,  this will be an attempt to partially  answer in modern-day terms.

This is an attempt to ask a question about Jesus; it is a question where the answer matters.

Similar questions in modern days whose answers matter are questions like “who killed JFK” or “what and who is really behind the Covid shot”?

Some people keep asking questions long after an event has been (unsuccessfully) consigned to the dustbin of history. These people are considered nuisances because they simply won’t shut up and go along with the standard politically correct narrative. They won’t believe what the rigged investigation says is the truth. They point out inconvenient facts. The reason they are persistent is because they see the bigger picture and understand that something larger is at stake.

I was listening the radio recently and the talk show host stated his opinion that the recent stand off by Matt Gaetz and others was sort of a political “geeky” thing that no one really cared about except “political nerds”.  The implication was that it was totally unnecessary.  And to be fair, he was not the only one throwing out that opinion.

And while in one way the “political nerd” classification may be correct, it is because the political nerds understand the stakes.  And, post stand-off, we see the good fruit that is emerging because Matt Gaetz and others held their ground. There was a valid reason that Matt Gaetz and the others did what they did.

When people consider questions like this with a shrug or why do I care…then it indicates that they don’t understand the bigger picture.

There are forces behind certain major events.  Those forces hope society forgets or “moves on” or ignores or doesn’t find the answer to the questions, and that way those forces can continue to work fairly undetected, with their hidden hand, for money and power, shaping society and events.

There has been a “moving on” about Jesus.  However, that does not mean the questions that surround Jesus are unimportant.

There is one thing connected to Jesus that no other person in history, secular or religious, has…and that is, an empty tomb.  Jesus rose from the dead.

If you are going to compare Jesus to others, you have to explain the empty tomb.

The questions that surround Jesus’s resurrection have already been much discussed in a intellectual discipline called apologetics.

Here are a few of the common comments, with answers.  There are more that you can study on your own.

The disciples stole the body.

The Bible says that the ruling powers did similar to what they do now when they don’t want a certain story told…they paid the soldiers to say the disciples had stolen the body and taken it away.

Do you believe that a group of former fishmen, a tax collector, and some other scattered disciples overcame the Roman guard protecting a sealed tomb and stole the body?

Jesus was scourged, couldn’t even carry his cross to Calvary all the way, was crucified, had a spear thrust in his side and somehow after being thrown into a tomb, having first been wrapped in graves clothes, somehow the dampness of the tomb revived him and he got up, threw the stone away from the door of the tomb, and overcame the full guard of Roman soldiers?  You believe that?

And, as has been pointed out, Roman soldiers knew when someone was dead.  It was their job.

Experts will tell you that hallucinations are individual, not group, not a form of group think.

The problem is not so much that there are facts that can’t be denied, as much as that people have lost the ability to think and reason.

A society that can be talked into believing that a man can have a baby, has frankly, lost its collective mind.

I saw a sign at a gas station once, years and years ago…if it was true then, how much more today…America is so open-minded its brains are falling out.

When you are willing to believe one lie, it makes you more gullible to believe the next.

And the ones that say, we don’t care about who killed JFK, or we don’t care what is in the Covid shots, or what is behind them, are the ones who are most likely to fall prey to the forces behind those events.

If you are going to say that Jesus is just another teacher, then you have to explain the empty tomb.

For there is an empty tomb.  For those who want to be intellectually honest, they have to explain the empty tomb.

This is what separates Jesus from all the rest of the pantheon of history.

There is no other person, no other religious figure, who says this about himself.

Revelation 1:18 I am he that liveth, and was dead; and, behold, I am alive for evermore, Amen; and have the keys of hell and of death.

The Historical Facts Argument for the Resurrection