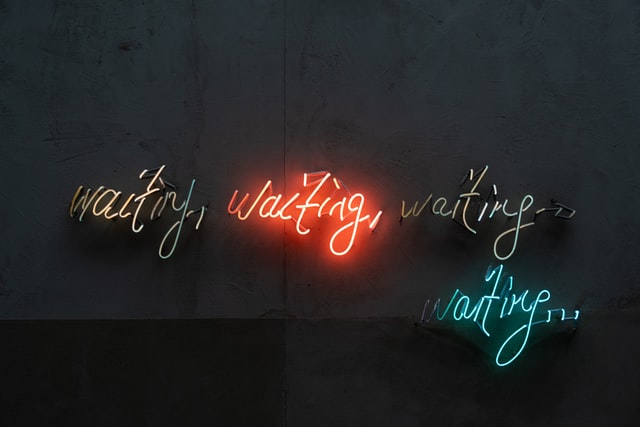 The Good Samaritan is a story of someone who helped someone else out that would probably never  help  him in return.  Jesus commended the Good Samaritan.  There are hospitals that incorporate “Good Samaritan” in their names, or have statues of a good samaritan outside on their grounds, indicating their willingness to help those who have fallen to the thieves of sickness.

Here is the story of the Good Samaritan.

Luke 10:25 Behold, a certain lawyer stood up and tested him, saying, “Teacher, what shall I do to inherit eternal life?”

28 He said to him, “You have answered correctly. Do this, and you will live.”

29 But he, desiring to justify himself, asked Jesus, “Who is my neighbor?”

30 Jesus answered, “A certain man was going down from Jerusalem to Jericho, and he fell among robbers, who both stripped him and beat him, and departed, leaving him half dead. 31 By chance a certain priest was going down that way. When he saw him, he passed by on the other side. 32 In the same way a Levite also, when he came to the place, and saw him, passed by on the other side. 33 But a certain Samaritan, as he traveled, came where he was. When he saw him, he was moved with compassion, 34 came to him, and bound up his wounds, pouring on oil and wine. He set him on his own animal, brought him to an inn, and took care of him. 35 On the next day, when he departed, he took out two denarii, gave them to the host, and said to him, ‘Take care of him. Whatever you spend beyond that, I will repay you when I return.’ 36 Now which of these three do you think seemed to be a neighbor to him who fell among the robbers?”

Then Jesus said to him, “Go and do likewise.”

If you have followed this blog you have probably seen at least one post on tithing, one of my favorite topics.  If someone is having troubles, I would probably start there, and ask, “Are you tithing?”

Offerings can go to your church or another ministry.

Alms are separate from the tithe.  Alms are giving to people in need.

I’m not going to say that this is the definitive word, and I think I heard someone say this at some point, and I tend towards this understanding myself.   If you are giving your alms, or the money you would give as a tithe, to help a poor family member or just to anyone who is poor,  and calling that “giving your tithe”, it will not have the blessing of the tithe spoken of in Malachi.   If you give your tithe to the poor, the poor cannot give you the blessing of the tithe.   Give the poor alms, after giving God your tithe.   It is not something you hear preached about, and probably won’t be preached on due to possible pushback from the congregation (and media), but it is something to consider.  Read it in the Bible yourself and decide for yourself.

Malachi 3:7  From the days of your fathers you have turned away from my ordinances, and have not kept them. Return to me, and I will return to you,” says Yahweh of Armies. “But you say, ‘How shall we return?’ 8 Will a man rob God? Yet you rob me! But you say, ‘How have we robbed you?’ In tithes and offerings. 9 You are cursed with the curse; for you rob me, even this whole nation. 10 Bring the whole tithe into the storehouse, that there may be food in my house, and test me now in this,” says Yahweh of Armies, “if I will not open you the windows of heaven, and pour you out a blessing, that there will not be room enough for. 11 I will rebuke the devourer for your sakes, and he shall not destroy the fruits of your ground; neither shall your vine cast its fruit before its time in the field,” says Yahweh of Armies. 12 “All nations shall call you blessed, for you will be a delightful land,” says Yahweh of Armies.

Give your tithe to God.  Give your alms to the poor.

I absolutely believe in tithing.  I have seen God fulfill his promise over and over.

If you do, then I recommend you believe what God says about tithing.

If you tithe, it should be the first thing you do.  When you get paid, tithe.

If you can’t afford to tithe because you are overextended, then ask God what to cut out.  I can tell you it is far more important to pay your tithe than to own the latest and greatest iphone or TV or more clothes or higher priced car or anything you think is important.  I would rather have the Lord rebuking the devourer for my sake and opening the windows of heaven than material goods.  Matthew 6:33 is true.

I’m not going to give all the testimonies I could on this, but here’s one simple one.  I moved into a place with very limited items, a bed, a small half-size refrigerator, one table, two small demo type tables, the kind you fold, and two chairs.  I was given a leather couch, large rugs, a nice cabinet, a modern stove (there was none when I moved in), a rocking chair and all sorts of things to fully furnish the house, including multiple sheets, blankets, kitchen items and all that I could possibly use.   And these things did not come from one person.  Different people had various reasons to get rid of things, such as moving, and asked if I wanted them.  So it was a process, but God met the need.  And this is just one testimony.  But I am a consistent tither.

You have to take tithing seriously.  You have to do it regularly.  You can’t do it once and say, “Well, I’ll try this and hope it works.”

That would be like going to the gym one time, working out, and then saying that you tried it once and didn’t get in shape like you thought you would, so you decide to quit the gym membership.

Some people, and I say this simply because I am in a position to observe it, treat God like a vending machine.  Put in a prayer, throw in a token gift into the offering, and hope the blessing you need comes out.

So if you are developing that relationship with God and have not yet found a church to tithe to, to give offerings to, or a place to give alms to, here are some suggestions as you continue to search for a local church.

I am not going to put direct links because trolls might say that a website is fleecing other people by pretending to be some kind of a church.

I have links all the time in these posts and could easily make them, but that is the reason these are not linked.  You can look these places up for yourself and decide if you want to give something to them.  There is much more to each ministry than the short notes placed below.

This is your opportunity to be a Good Samaritan.

It Will Catch Up With You

The Power of Words – Words Matter