Who hath believed our report? 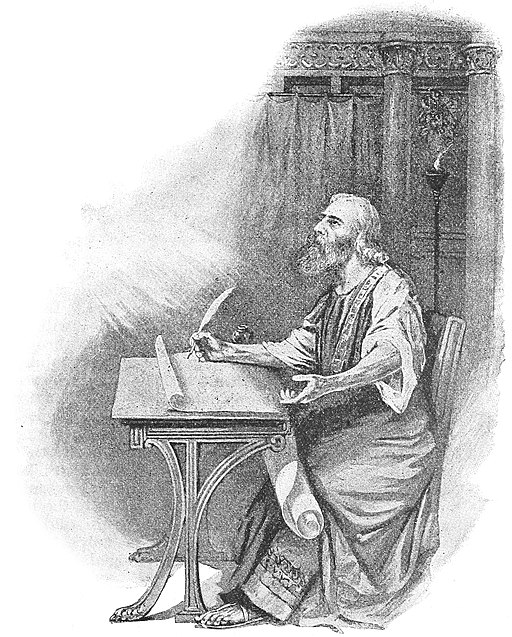 Isaiah, who lived about 700 years before the time of Jesus, gave a word picture of Jesus, the One who would be the sacrifice for mankind, the Messiah.

Isaiah 53:1 Who hath believed our report? and to whom is the arm of the Lord revealed?

2 For he shall grow up before him as a tender plant, and as a root out of a dry ground: he hath no form nor comeliness; and when we shall see him, there is no beauty that we should desire him.

3 He is despised and rejected of men; a man of sorrows, and acquainted with grief: and we hid as it were our faces from him; he was despised, and we esteemed him not.

4 Surely he hath borne our griefs, and carried our sorrows: yet we did esteem him stricken, smitten of God, and afflicted.

5 But he was wounded for our transgressions, he was bruised for our iniquities: the chastisement of our peace was upon him; and with his stripes we are healed.

6 All we like sheep have gone astray; we have turned every one to his own way; and the Lord hath laid on him the iniquity of us all.

7 He was oppressed, and he was afflicted, yet he opened not his mouth: he is brought as a lamb to the slaughter, and as a sheep before her shearers is dumb, so he openeth not his mouth.

8 He was taken from prison and from judgment: and who shall declare his generation? for he was cut off out of the land of the living: for the transgression of my people was he stricken.

9 And he made his grave with the wicked, and with the rich in his death; because he had done no violence, neither was any deceit in his mouth.

10 Yet it pleased the Lord to bruise him; he hath put him to grief: when thou shalt make his soul an offering for sin, he shall see his seed, he shall prolong his days, and the pleasure of the Lord shall prosper in his hand.

11 He shall see of the travail of his soul, and shall be satisfied: by his knowledge shall my righteous servant justify many; for he shall bear their iniquities.

12 Therefore will I divide him a portion with the great, and he shall divide the spoil with the strong; because he hath poured out his soul unto death: and he was numbered with the transgressors; and he bare the sin of many, and made intercession for the transgressors.

It is notable that Isaiah began with “who hath believed our report?” and follows that with “and to whom is the arm of the Lord revealed?”

There is a causual relationship between believing the report and having the arm of the Lord revealed.

The truth of God’s Word, the truth of Jesus, is revealed to those who believe…not to those who scoff.  Scoffers and mockers and doubters self-select themselves out of experiencing a relationship with God.

In anything in life, there are those who have a cursory, or beginning or scanty knowledge, and those who understand the significance of the details.  This applies in any field:  farming, fishing, husbandry of any kind, construction, homemaking, sports.  Details matter.

A good example is sports.   Someone who knows football understands what the different players are doing and why.   They follow the strategy.   To someone who doesn’t know the game, players are simply throwing an odd-shaped ball around the field.

Likewise, someone who has no understanding of Jesus and his redemptive work, who has not  yet been born again, can miss the point.

For example, take communion.  Communion is one of the sacraments of the church.  Correctly approached, it is a means whereby the very life and healing of the Lord Jesus Christ can flow into a person.

But for those who don’t grasp what is going on, “not discerning the Lord’s body”, who don’t discern the fact “by whose stripes ye were healed”, it is simply a ceremony.  Not accessing the inner spirit and power, many are weak and sickly among you, and many sleep.

30 For this cause many are weak and sickly among you, and many sleep.

I Peter 2:24 Who his own self bare our sins in his own body on the tree, that we, being dead to sins, should live unto righteousness: by whose stripes ye were healed.

This was the Apostle Paul’s advice to Timothy in such a situation.

II Timothy 3:5  having a form of godliness but denying its power. And from such people turn away!

Tags: deny the power thereof, form of godliness, from such turn away, Isaiah, Isaiah 53, who hath believed our report
Previous Post

Speak the Word only and my servant shall be healed