A Type of Jesus, the Lamb of God, and the Blood of Jesus 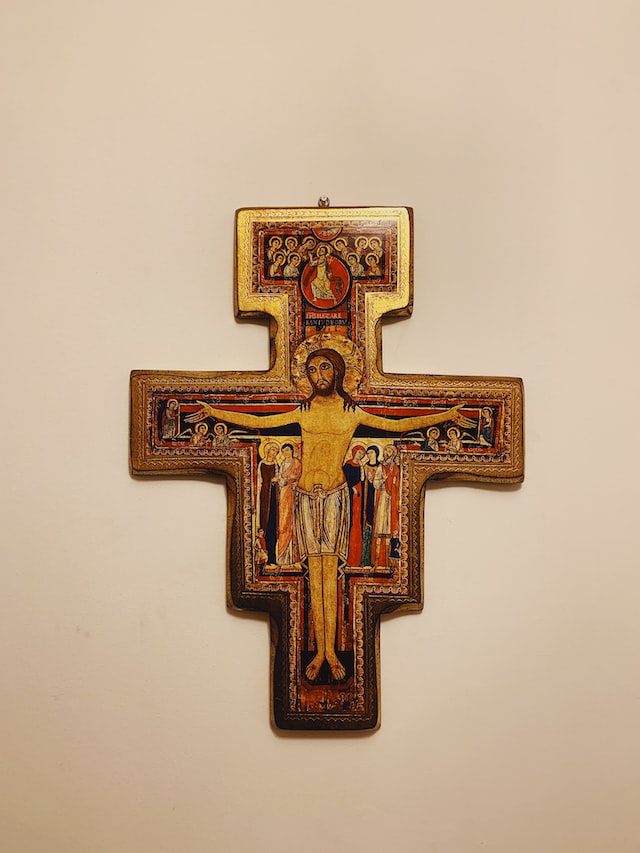 2 The same was in the beginning with God.

3 All things were made by him; and without him was not any thing made that was made.

4 In him was life; and the life was the light of men.

5 And the light shineth in darkness; and the darkness comprehended it not.

6 There was a man sent from God, whose name was John.

7 The same came for a witness, to bear witness of the Light, that all men through him might believe.

8 He was not that Light, but was sent to bear witness of that Light.

9 That was the true Light, which lighteth every man that cometh into the world.

11 He came unto his own, and his own received him not.

12 But as many as received him, to them gave he power to become the sons of God, even to them that believe on his name:

14 And the Word was made flesh, and dwelt among us, (and we beheld his glory, the glory as of the only begotten of the Father,) full of grace and truth.

15 John bare witness of him, and cried, saying, This was he of whom I spake, He that cometh after me is preferred before me: for he was before me.

16 And of his fulness have all we received, and grace for grace.

17 For the law was given by Moses, but grace and truth came by Jesus Christ.

18 No man hath seen God at any time, the only begotten Son, which is in the bosom of the Father, he hath declared him.

19 And this is the record of John, when the Jews sent priests and Levites from Jerusalem to ask him, Who art thou?

20 And he confessed, and denied not; but confessed, I am not the Christ.

21 And they asked him, What then? Art thou Elias? And he saith, I am not. Art thou that prophet? And he answered, No.

22 Then said they unto him, Who art thou? that we may give an answer to them that sent us. What sayest thou of thyself?

23 He said, I am the voice of one crying in the wilderness, Make straight the way of the Lord, as said the prophet Esaias.

24 And they which were sent were of the Pharisees.

25 And they asked him, and said unto him, Why baptizest thou then, if thou be not that Christ, nor Elias, neither that prophet?

26 John answered them, saying, I baptize with water: but there standeth one among you, whom ye know not;

27 He it is, who coming after me is preferred before me, whose shoe’s latchet I am not worthy to unloose.

28 These things were done in Bethabara beyond Jordan, where John was baptizing.

29 The next day John seeth Jesus coming unto him, and saith, Behold the Lamb of God, which taketh away the sin of the world.

Exodus 12:1 (KVJ)  And the Lord spake unto Moses and Aaron in the land of Egypt saying,

2 This month shall be unto you the beginning of months: it shall be the first month of the year to you.

3 Speak ye unto all the congregation of Israel, saying, In the tenth day of this month they shall take to them every man a lamb, according to the house of their fathers, a lamb for an house:

4 And if the household be too little for the lamb, let him and his neighbour next unto his house take it according to the number of the souls; every man according to his eating shall make your count for the lamb.

5 Your lamb shall be without blemish, a male of the first year: ye shall take it out from the sheep, or from the goats:

6 And ye shall keep it up until the fourteenth day of the same month: and the whole assembly of the congregation of Israel shall kill it in the evening.

7 And they shall take of the blood, and strike it on the two side posts and on the upper door post of the houses, wherein they shall eat it.

9 Eat not of it raw, nor sodden at all with water, but roast with fire; his head with his legs, and with the purtenance thereof.

11 And thus shall ye eat it; with your loins girded, your shoes on your feet, and your staff in your hand; and ye shall eat it in haste: it is the Lord’s passover.

13 And the blood shall be to you for a token upon the houses where ye are: and when I see the blood, I will pass over you, and the plague shall not be upon you to destroy you, when I smite the land of Egypt.

Repost: The Passover Scene from The Ten Commandments (1956)

You must be born anew

The servant who did not do the Lord’s will